The recent "yes" vote by the Irish voters on the Lisbon Treaty has brought forward the prospects that the EU wants to play a greater role in world affairs and the ratification of the EU treaty by the 27-member states of the EU will set this plan in motion.

There are two provisions in the treaty which make such a plan very viable, with the position of a permanent president to lead the EU forward and the naming of a foreign policy representative, the EU would have a greater say in world affairs. 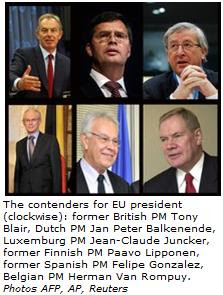 As the EU member states ratify the Lisbon Treaty, this European, political, governmental and economic power will indeed become a major force on the international scene, that is according to Bible prophecy.

The recent "yes" vote by the Irish on the Lisbon Treaty has moved the EU closer to becoming the united superpower that many EU member states want to see happen in our world today. In addition to the 27-member states of the EU today, the Mediterranean Union, 17 Middle Eastern states, will be integrated into the EU later this year, giving the EU 44-member states, a true force in global affairs.

This scenario fits the prophetic scenario that can be found in the Bible. The ancient Jewish prophet Daniel revealed that in the last days, the old Roman Empire would be revived and become a major global power, Daniel 7:7, 23-24.

Libya's Colonel Khadafi said these 44-member states would be a revived Roman Empire, with the same borders of the old Roman Empire. The Lisbon Treaty also calls for a strong leader, a president, to take them into the future, a page from Bible prophecy where Daniel and John, the writer of Revelation, also call for such a leader known as the Antichrist, Daniel 7:8 and Revelation 13:1-3.

A bigger role for the EU on the world stage is indeed setting the stage for Bible prophecy to be fulfilled.

Who will be what in the new Europe? - NRC International