For I testify unto every man that heareth the words of the prophecy of this book, If any man shall add unto these things, God shall add unto him the plagues that are written in this book – Revelation 22:18

I've seen some incredibly stupid and misguided initiatives by "conservatives" in my day, but this one takes the cake.

Because the Bible has been rewritten to conform with the agenda of "liberals," a self-described "conservative" is spearheading an effort to rewrite it to his liking.

If you think I'm joking, read on. 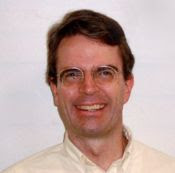 Andy Schlafly, the son of the heroic Phyllis Schlafly, has begun the Conservative Bible Project, an effort to rewrite the Bible to the tastes of conservatives online, Wikipedia-style.

What does he have in mind?

Here are some examples:

Basically, those "conservatives" participating in this idea weren't really upset when liberals messed with the Holy Scriptures. They were upset only with how they messed with them.

I'm almost too embarrassed to write about this kind of trivialization and politicization of the Scriptures, but something needs to be said.

Either the Bible is the Word of God, or it's not.

If it is, how dare anyone rewrite it?

If it's not, why bother?

Personally, I am very comfortable with the King James Bible. I know how scrupulous the translators were. I know they spent hours in prayer over their work. I know they used the best resources available to them. I know they didn't assume that the "oldest" manuscripts available were always the most accurate. I know they took into consideration that heretics were busy editing Scripture – probably as early as the first century.

Enough of this foolishness!

Rewriting the Bible to fit man's ideas is always a bad idea – no matter who the man is or what his beliefs.

There's certainly nothing "conservative" about rewriting the Bible. The "conservative" thing to do would be to preserve, or conserve, the Scriptures as they were originally written under the inspiration of the Holy Spirit.

A plague on the houses of anyone and everyone who would tamper so frivolously with God's Word.

How does the translation process impact the inspiration, inerrancy, and infallibility of the Bible? - GotQuestions.org

Jesus Christ on the infallibility of Scripture - Answers in Genesis

How to Choose a Translation for All Its Worth: A Guide to Understanding and Using Bible Versions - Gordon D. Fee (Book)