"I exhort therefore, that, first of all, supplications, prayers, intercessions, and giving of thanks, be made for all men; For kings, and for all that are in authority; that we may lead a quiet and peaceable life in all godliness and honesty." - 1 Timothy 2:1-2

Before it was recently removed by Facebook's administrators, at least 730 people had the opportunity to vote in an online poll asking, "Should Obama be killed?" The results indicating how many people voted "yes", "maybe", "if he cuts my health care", or "no" are no longer available because the question has been disabled, but the very fact that somebody would post a question of that tenor about the President of the United States is alarming. 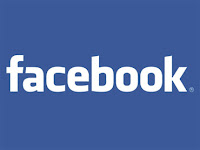 Of course, it's highly likely that a young Facebook user tossed up the question – a person with no appreciation for the seriousness of protecting the life of the President of the United States. When Secret Service shows up at this Facebooker's door - with no chuckling involved - the gravity of making an implied threat on a president's life should get pretty clear.

Unfortunately, there are those on the Left who truly believe that conservatives want Barack Obama dead. There are those who consider Obama-protestors to be a vast conspiracy of insane gun-toting bigots. There are those who believe that this Facebook poll-creator who suggested Obama should be killed is just one representing millions of homicidal right-wing nut jobs. The truth is that all conservatives in their right minds want Barack Obama to live and to live well throughout his entire presidency. The alternative is terrible to imagine.

Conservatives, and especially conservative Christians, should be praying fervently for Barack Obama. Whether or not he is leading well right now, whether or not Americans agree with his policies, whether or not his decisions themselves are good for America, President Obama desperately needs prayer for protection and guidance. His safety is in America's best interest, and his harm would tear America up from the inside out.

President Kennedy was assassinated on November 22, 1963. Probably the most controversial thing about him prior to his assassination was that he was a Roman Catholic. He made some good choices and some bad choices as a president, but for the most part he was liked as a handsome young man with a nice young family. In 1963, the United States was still bound together in a common fear of the Soviets. For the most part, Americans still lived in solid family structures and had a basic sense of right and wrong. People lived in communities where folks all knew their neighbors and people kept an eye on each other's children. Yet, even in that era, President Kennedy's assassination tore the country up, stirring controversy and speculation that continues to the present day.

Today's America is seriously polarized into conservative and liberal camps. The nuclear family is no longer a given, and many people may not even know the first names of their next-door neighbors. The Cold War is over, Gitmo is to be emptied, and Americans are currently minus a common enemy to keep us all united. If President Obama were to be assassinated, the resulting rage could easily create a very dangerous, violent firestorm. It wouldn't even matter which people actually committed the crime, or what their true motivations were, one half the country would still blame the other half.

America needs a President Obama who makes good choices for the United States and leads the country well. We certainly have a duty to express our views to our elected officials and hold them accountable for their actions. We have the duty to tell them how we want them to vote on certain issues. But, whether we agree with them politically or not, we have a vital duty to hold our representatives up in prayer. And whether or not we agree with his policies, we all need to continue to pray for our President, and pray for God's guidance and direction for him. Not only will his decisions affect us all, but he is - more simply - a human being for whom Christ died. After all, the ultimate battle is a spiritual one, and our greatest weapons are found on our knees.

"For we wrestle not against flesh and blood, but against principalities, against powers, against the rulers of the darkness of this world, against spiritual wickedness in high places." - Eph 6:12

Facebook Poll Asks if Obama Should be Killed - CBS News

Child was Behind Facebook Poll on Killing Obama - CBS News

Should a Christian be patriotic? - GotQuestons.org