Have you ever noticed the way socialists come up with euphemisms for things that actually mean the exact opposite of what they suggest?

Let me give you an example of what I mean.

There's a lot of talk today about health-care "reform." Some of those who are pushing to "reform" our evil health-care system, in which people either pay for it themselves or rely on private insurance to help, to what they call a "single-payer system."

And what do they mean by a "single-payer system"?

It's the exact opposite of what it sounds like. The proponents of "single-payer" health care don't want a "single payer" at all. What they really want is for everyone to pay for health care – or at least the saps who are forced to pay taxes. "Single payer," therefore, is a euphemism for socialism, class warfare, redistribution of wealth. Who is the "single payer"? The government. And where does the government get the money to pay? By confiscating it from taxpayers.

Today, if you are opposed to such a scheme, you are against "reform." A perfectly nice word like "reform" has been hijacked by socialists. So, if you oppose "socialism," you oppose "reform."

Do you see how this word game is played?

Lately, Barack Obama has been trying to explain why the economy has been getting worse and worse since he took office and implemented his agenda of "change."

He explained this week that "change is never easy." In other words, he doesn't want you to look around and determine whether his program is working. He wants you to trust him. Even though Obama has had no meaningful opposition to implementing his program, he wants you to believe the "change" hasn't happened yet. 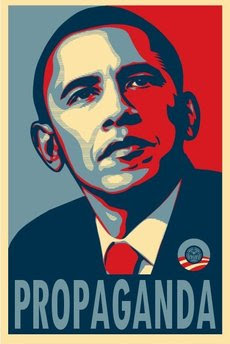 He wants you to believe the "change" you were promised hasn't happened yet – because clearly the country is worse off in every conceivable way since he took office.

"Change," too, is a euphemism for socialism.

Here's another example. Obama promises that no illegal aliens will be eligible for benefits from his new health-care system. Yet the numbers don't add up. He says everyone is going to be covered and includes in his calculations the number of illegal aliens who are currently uninsured.

How is this possible?

Simple. Obama is technically not lying, as Rep. Joe Wilson famously suggested. He's just withholding some important facts – namely that he plans to waive a magic wand called amnesty and make all the illegal aliens legal so they will be eligible for benefits under his system.

Why are socialists so skilled at this kind of propaganda?

Because they've been refining their craft for a century.

They know no one in their right mind would ever willingly accept the tyranny they seek to impose on us. So people need to be manipulated. They need to be indoctrinated. They need to be convinced that the current purveyors of socialism have learned from the mistakes of the past and have finally figured out how to make it work – even though it has failed 100 percent of the time it has been implemented.

They need to make it all sound palatable, appealing, wonderful.