Chips: You Can’t Eat Just One

Interesting piece in the latest Jerusalem Report magazine. It seems because of crime and the broader threat - terrorism - that famous Israeli ingenuity is coming up with a way to track everyone: Biometric Database.

Ziv Hellman’s article begins with a hypothetical situation that is probably all-too-likely:

“A terrorist intent on slipping into Israel to join a terrorist cell and participate in a massive suicide bombing mission gets off a plane at Tel Aviv’s Ben-Gurion Airport. He strides confidently towards passport control, clutching a counterfeit Israeli passport, reproduced so expertly that only a microscopic analysis could detect that it is a fake.”

“But an alert official runs a computer program that silently scans the passenger’s face and compares his facial features to a national biometric database of every Israeli passport holder. Within seconds, the official establishes that there is no match. Security officials take the would-be terrorist aside. After ascertaining his true identity, they arrest him. Dozens of lives have been saved.” 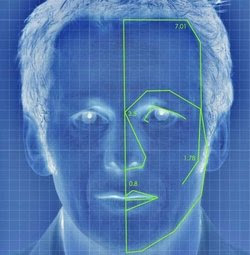 Now, no one would argue that detecting a terrorist is a bad thing, but notice the chilling comment about the facial scan. The article goes on to a point I’m trying to make (and I’m sure many of you are already ahead of me):

“Biometric identification is considered nearly fool-proof because it depends not on an artificial card that can be faked to establish identity, but on a physiological aspects of a person’s body, such as fingerprints, face recognition, DNA, palm geometry or iris recognition, that are unique to each individual, permanently on the body, and very difficult to fake.”

Whether humans like it or not, this technology is going to be shoved down our collective throats. Chip technology and identification technologies that are essentially customized will be here soon; how ironic that it is also being developed in Israel, that great scene of the finality of world history.

For many years, prophecy students and teachers have seen in the book of Revelation a future technology that will facilitate antichrist’s reign of terror. The description of this mark in Revelation 13 is very famous and many have commented on it. I have nothing dramatic to add, except when I read this in the Jerusalem Report, it struck a nerve because it is a reminder that antichrist will cause “all” (Revelation 13:16) to receive a mark in their right hand or forehead.

The biometric technology in Israel — along with other similar technologies that have described by prophecy teachers for years — are another indication that the Bible, far from a goofy book of myths … is in fact something far different. This is exciting! Aren’t you tired of the decay of this world?

Of course, many evangelical commentators, such as Mark Noll and Rob Bell, discount the idea that Revelation and other prophetic books are anything but symbolic for the early Church. How very, very wrong they are.

As has been pointed out before, you can read Revelation in one of two ways: it’s future, or it’s past. The Preterists, we know what they think. But if you read through the book of Revelation and understand it as yet future, it makes a great deal of sense. Especially chapter 12 is intriguing, as one can readily see that it is Israel that is being discussed. She delivered the child — the Messiah — and the Dragon pursues her with a vengeance.

It’s symbolic, all right. Of Israel and the current-and-soon-to-be-future Middle East.

The biometric technology is just one indicator.

How the Defense Department might institutionalize war-time biometrics - Computerworld