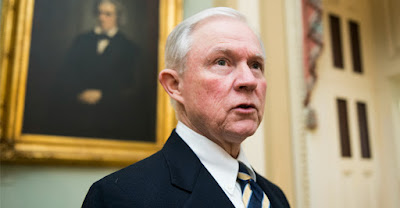 (THE NEW AMERICAN)—U.S. Senator Jeff Sessions (R-Ala.) has wasted no time in sounding the alarm over the massive Trans-Pacific Partnership (TPP), which the Obama administration unveiled to the public and Congress on Thursday.

The enormous agreement (over 5,500 pages), which had been negotiated over the past several years in strictest secrecy and kept tightly under wraps until now (see here and here), "confirms our fears," said Sessions, who chairs the Senate Judiciary Committee's Subcommittee on Immigration and the National Interest.

"The text of the Trans-Pacific Partnership runs 5,554 pages," declared Sessions, in a statement issued Thursday, soon after the release of the text. "This is, by definition, anti-democratic," he charged. "No individual American has the resources to ensure his or her economic and political interests are safeguarded within this vast global regulatory structure."

According to Sessions: "The predictable and surely desired result of the TPP is to put greater distance between the governed and those who govern. It puts those who make the rules out of reach of those who live under them, empowering unelected regulators who cannot be recalled or voted out of office. In turn, it diminishes the power of the people's bulwark: their constitutionally-formed Congress."

Sessions, who has been one of the most trenchant critics of the TPP among Republicans in Congress, has repeatedly pointed out that hidden under the verbiage about trade and jobs, the TPP amounts to the instigation of an entirely new governance system, one that would gradually supplant our own. "Among the TPP's endless pages are rules for labor, environment, immigration and every aspect of global commerce—and a new international regulatory structure to promulgate, implement, and enforce these rules," he warns. "This new structure is known as the Trans-Pacific Partnership Commission—a Pacific Union—which meets, appoints unelected bureaucrats, adopts rules, and changes the agreement after adoption."...

According to Sessions: "This global governance authority is open-ended: 'The Commission and any subsidiary body established under this Agreement may establish rules of procedures for the conduct of its work.'"

The senator warns that, among other things, the agreement could take immigration and migration of foreign workers out of the hands of national governments. The text states: "No Party shall adopt or maintain ... measures that impose limitations on the total number of natural persons that may be employed in a particular service sector ... in the form of numerical quotas or the requirement of an economic needs test." The current migration/refugee crisis in Europe underscores the very real danger loss of sovereignty in this area represents.

"These 5,554 pages are like the Lilliputians binding down Gulliver," declared Sessions. "They will enmesh our great country, and economy, in a global commission where bureaucrats from Brunei have the same vote as the United States."...