Pope Francis: 'Christians and Muslims Are Brothers and Sisters' 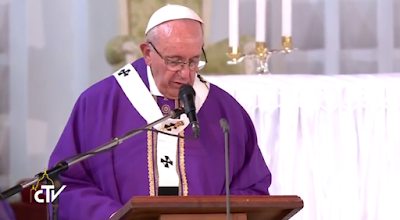 (NEWSMAX)—Pope Francis said on Monday that Christians and Muslims were "brothers", urging them to reject hatred and violence while visiting a mosque in the Central African Republic's capital which has been ravaged by sectarian conflict.

On the last leg of a three-nation tour of Africa, the leader of the world's 1.2 billion Catholics visited a flashpoint Muslim neighborhood in Bangui on what was the most dangerous part of his 24-hour visit.

Thousands of people gathered at the roadside, cheering as his popemobile drove down the red dirt roads. As his vehicle passed, many waving Vatican flags and dressed in long traditional robes, ran down the road after it, an AFP correspondent said.

"Christians and Muslims are brothers and sisters," he said after meeting Muslim leaders at the Koudoukou mosque in the PK5 district, the last Muslim enclave in Bangui where tensions remain high after months of violence.

"Together, we must say no to hatred, to revenge and to violence, particularly that violence which is perpetrated in the name of a religion or of God himself," he said....

His message—and the fact that he actually visited the country despite significant security concerns—struck a chord with locals and drew pledges of peace and forgiveness.

"We should eat together, we should live together with Muslims," said Clarisse Mbai, a mother who lost all her possessions in inter-religious violence.

"They looted everything, they burnt my house and I have nothing but I am ready to forget," she said.

Nicole Ouabangue, whose husband was hacked to death with an axe, said she had heard many speeches before but the pope's words were "different".

"Pope Francis has more influence. If there is anybody who can resolve our problems on Earth, it is him," she said....