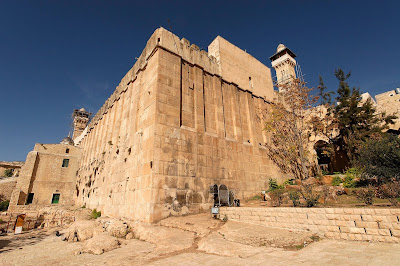 (ARUTZ SHEVA)—UNESCO (the United Nations Educational, Scientific, and Cultural Organization) passed a resolution Wednesday listing the Cave of the Patriarchs in Hevron and Rachel's Tomb in Bethlehem as Muslim sites.

The resolution—which passed with 26 in favor, six voted against, and 25 abstentions—condemned Israel for archaeological excavations in the Old City of Jerusalem and particularly near the Temple Mount.

An initial draft of the resolution had also called for the Kotel (Western Wall) to be listed as an Islamic site—or more specifically as an "extension of the Al Aqsa Mosque"—but that detail was hastily withdrawn after widespread condemnation, including from UNESCO's own Director-General.

The revised draft also toned-down some of the more blatant anti-Israel language in the original, including referring to Jerusalem as the "occupied capital of Palestine."

Nevertheless, the resolution accepted Wednesday does co-opt two other ancient Jewish holy sites: the Cave of the Patriarchs and Rachel's Tomb, which contain the remains of the Jewish patriarchs and matriarchs and are regular sites of pilgrimage for Jewish worshipers....