China's New 'Citizen Scores' Are a Warning for the West 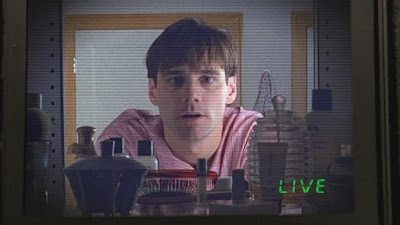 (NEWS.COM.AU)—Imagine a world where you are given a "citizen rating" based on your lifestyle, shopping habits, social behaviour and morals.

China is moving quickly towards just such a system, in a Big Brother-style plan that will see everyone given a grade between 350 and 950.

If you buy diapers or recycle, you get extra points for showing you are responsible. If you play video games and spend too much on clothes, you lose points. Your friends matter, too. If they have a poor financial record, it reflects badly on you.

A low score will have serious consequences, making you ineligible for certain jobs and restricting in borrowing money, claiming benefits or finding housing.

The "social credit" system is an extension of your credit rating at the bank, only it goes far beyond financial status. And it takes in people left out of traditional systems: students, low-income households and those who have never borrowed.

The idea has been developing since 2003, and China's government hopes it will be able to give a score to every individual, legal entity and organization in the country by the end of 2017. The rating, issued along with identity cards, will initially be based on business records, tax payments, social security payments and traffic violations.

China's state news agency Xinhua said people would be assessed in four areas: administrative affairs, commercial activities, social behaviour and the judicial system. Your "credibility" will be constructed through 30 areas in which points can be awarded and taken away, from energy saving to advertising.

Harnessing our data from banks, retailers and social media, it's the kind of all-encompassing surveillance system that would terrify us in the West....

So could it happen in the West? Well, maybe. The issues that have led to the social rating system's invention apply just as much here.

The Chinese Academy of Social Sciences said part of the impetus was the fact the nation had moved from a "society of acquaintances" into "a society of strangers", eroding moral conduct. In a market-based economy where we can assess financial status, Dr Creemers told Fast Company, people began to think "you should equally be able to do that with other modes of trustworthiness"....

We're already halfway there, with websites where we can rate our teachers and doctors, and online accounts that know our preferences in movies and reading matter....

Once we lose all autonomy and are constantly monitored, will we still feel like people, or just sheeple?