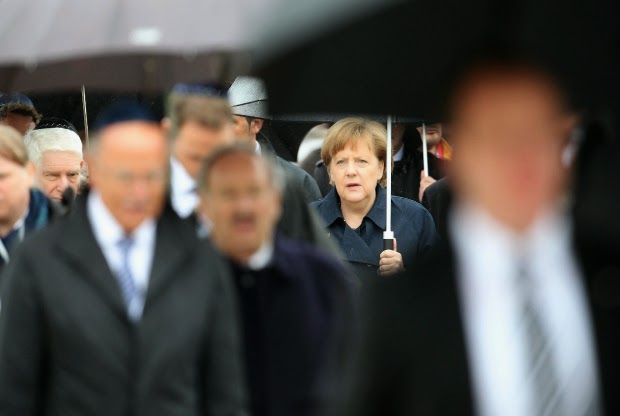 Interior Minister Thomas de Maiziere told reporters Wednesday that anti-Semitic offenses rose 25.2 percent last year to 1,596 after declining in 2013. Crimes against foreigners were up 21.5 percent to 3,945.

De Maiziere said the rise was partially due to new reporting methods that more closely track the motivation of perpetrators, but said nonetheless "this development is worrying and must be stopped."...

German Chancellor Angela Merkel has pledged to do everything to ensure the safety of Jews in a country whose very identity was shaped by the Holocaust.

Her government has been criticized, however, for creating a new commission on anti-Semitism without including a single Jewish person.

The final report by the new commission is scheduled to be handed over to Germany's parliament within two years. It is supposed to be the basis for a discussion on how to tackle anti-Semitism.

It was the second time the government installed a commission to deal with anti-Semitism. Some Jewish leaders have criticized the earlier commission's report, released in 2011, for not bringing about any changes for the situation of Jews in Germany....