A Cashless World Equals the End of Economic Freedom 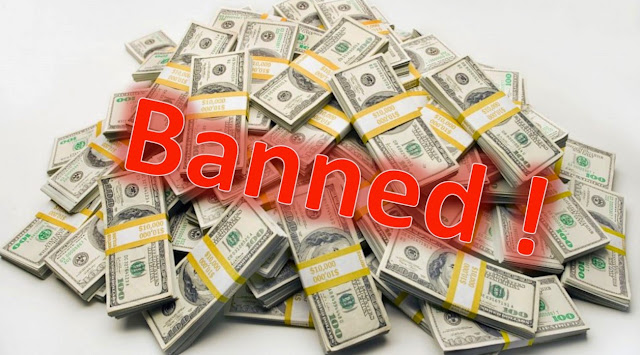 (THE NATION)—The war on cash is getting serious. Ever since Harvard economics guru Kenneth Rogoff and Citigroup chief economist Willem Buiter presented their ideas on eliminating cash in favour of digital money, the anti-cash momentum has gathered pace.

The underlying argument is that cashless transactions would eliminate the underground economy. Moreover, it would help prevent a bank run in the event of a full-blown financial crisis.

JP Morgan Chase, the largest US bank, recently introduced a policy to restrict the use of cash in selected markets. It has banned cash payment for credit cards, mortgages and auto loans. It also prohibits anyone storing cash or coins in its safe-deposit boxes.

In Greece, the government has responded to the economic crisis by forcing through a drastic reduction in cash payments. Any bill over 70 euro must now be paid by cheque or credit card. Paying in cash is not only becoming taboo but also illegal....

Economist Martin Armstrong has pointed out that the war on cash is the foundation of economic totalitarianism. By banning cash, people will no longer have the ability to provide a check against negative interest rates. Now, with many banks in Europe, plus JP Morgan Chase in America, charging customers who deposit at a certain limit, some depositors have little choice but to withdraw their money or to hoard their cash. Digital money will restrict this ability for savers.

In Switzerland, the financial institutions are charging rates for deposits because they are flooded with liquidity seeking a safe haven from the troubled euro zone. Recently, Swiss pension funds withdrew their money from a bank to avoid the negative interest rates. They have decided instead to store their cash in vaults, so as to avoid this financial repression.

Even more so, if savers feel that they don't trust a certain bank's solvency, they can withdraw cash, potentially triggering a bank run. But with digital money, savers can't demand their cash.

Most important, digital money paves the way for the powers that be to gain complete control over the financial system. Any digital transaction leaves a trace, which means the government or other authorities can invade the privacy of its citizens and their every single transaction. Economic freedom comes to an end in a cashless society....