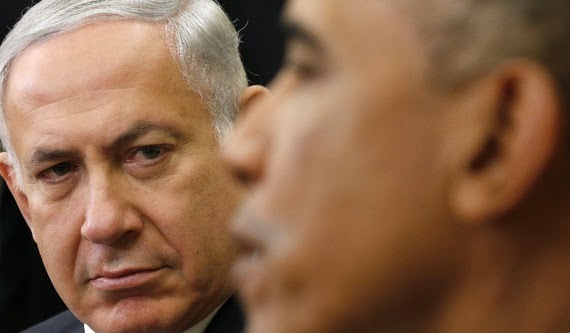 (PJ MEDIA)—Caroline Glick picked up on one article the Israeli left-wing paper Ha'aretz didn't bother translating into English that details Obama's involvement in the upcoming Israeli elections. A summary of the article is provided by IMRA (Independent Media Review & Analysis):

Haaretz reporter Roi Arad revealed in an article in the Hebrew edition today [January 26] that the foreign funded organization, "One Voice", is bankrolling the V-2015 campaign to defeat Binyamin Netanyahu's national camp in the March 2015 Knesset Elections.

One indication of the generous financing is that it has now flown in a team of five American campaign experts (including Jeremy Bird, the Obama campaign's national field director) who will run the campaign out of offices taking up the ground floor of a Tel Aviv office building.

V-2015 is careful not to support a specific party—rather "just not Bibi". As such, the foreign funds pouring into the campaign are not subject to Israel's campaign finance laws.

Obama won't meet Benjamin Netanyahu in Washington when he addresses the Joint Houses of Congress in March because of Netanyahu's visit's proximity to the Israeli elections. And Obama, of course believes in protocol and propriety which is why he won't get involved. No, he's not getting involved at all. He's just sending his 2012 field campaign manager to Israel to run a campaign to defeat Netanyahu. That's all. No interference whatsoever.