In this photo (thanks to Kay), Leftist demonstrators relate the strife in Ferguson to the "Palestinian" jihad: 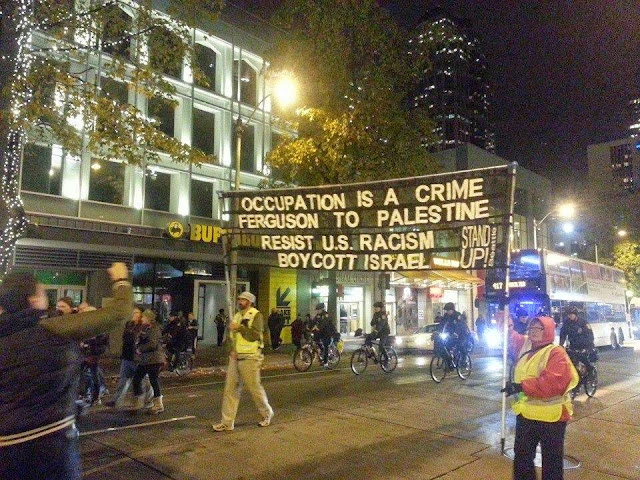 Pamela Geller has a great deal of information on how Islamic jihadists and supremacists, including the Hamas-linked terror organization CAIR, have tried to co-opt the Ferguson riots as part of their own jihad. Most noteworthy is the active presence in Ferguson of "Palestinian" jihad activist Bassem Masri.

The connection between Ferguson and "Palestine" (and the global jihad in general) is clear: both the Islamic supremacists and the Ferguson rioters think that the American system is corrupt and must be brought down. The Islamic supremacist presence in Ferguson is thus akin to jihad recruitment in prisons: both attempt to capitalize upon resentment toward America and American authority, and channel it into jihad.