As Israeli police officers opened the Mughrabi Gate, the only Temple Mount entrance available to Jews and Christians, a mob of Muslim youth pelted the Israelis with stones and firecrackers.

Two Israeli police officers were wounded and three rioters were arrested in the ensuing melee. 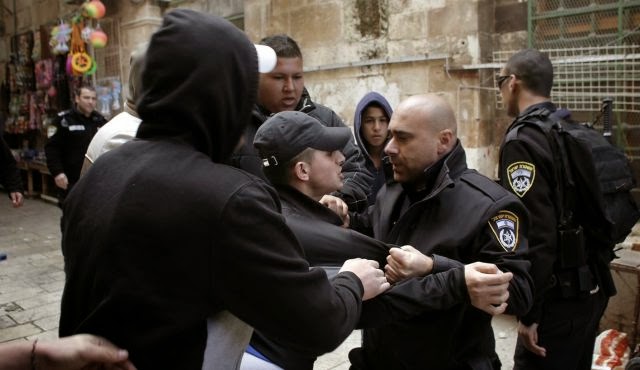 Police officials believed the incident was linked to a Knesset debate regarding Israeli control of the Temple Mount that was scheduled for later in the day.

The Knesset debate was scheduled in response to an official complaint filed by MK Moshe Feiglin (Likud) over "the loss of Israeli sovereignty on the Temple Mount."

Feiglin and other Israeli lawmakers have increasingly lamented the lack of religious freedom for Jews and Christians at the Temple Mount. Non-Muslim are forbidden to pray or carry Bibles when visiting the compound for fear of provoking Muslim unrest.

After Israel reunified Jerusalem in the 1967 Six Day War, it immediately turned around and handed control of the Temple Mount back to the Jordanians who had previously occupied the city. Since then, the holy site has been administered by Jordan and the Palestinian Islamic Trust (Waqf).

But Waqf head Sheikh Ikrima Sabri warned that any move by Israel to "harm the sanctity" of the mosques situated atop the Temple Mount would lead to more violence.

"We will not give up even one grain of earth (on the Temple Mount), since the Jews have no connection to it whatsoever," Sabri claimed in remarks to Gaza-based media. He insisted that control of the Temple Mount was a "red line" not only for Palestinian Muslims, but for Arabs across the Middle East.