Israel has serious doubts as to the sincerity of its "peace partners" in the Palestinian Authority, Prime Minister Benjamin Netanyahu said on Thursday ahead of a meeting with US Secretary of State John Kerry, who is once again in the region to press forward US-brokered peace talks. 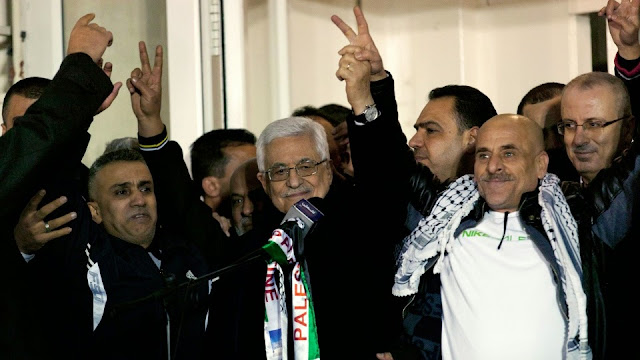 "A few days ago in Ramallah, President Abbas embraced terrorists as heroes," Netanyahu noted. "To glorify the murders of innocent women and men as heroes is an outrage. How can President Abbas say that he stands against terrorism when he embraces the perpetrators of terrorism and glorifies them as heroes?"

But there is more to suggest the Palestinian leadership doesn't really want a compromise peace.

A day before Kerry's arrival, a senior member of the PLO Executive Committee (the Palestinian Authority is an extension of the PLO) was cited by The Jerusalem Post as suggesting that the Palestinian leadership had no intention of accepting any proposal put forward by the American administration.

At the same time, a leaked report by Palestinian security officials "predicted" a new terrorist uprising against Israel should the US-brokered talks fail to produce an outcome acceptable to the Arab side.

Netanyahu is also facing increased Israeli opposition to surrendering to any of the Palestinians' demands. On Thursday evening, representatives of the Rabbinical Congress for Peace met with Israeli government ministers and insisting they could not be party to any surrender of biblical Jewish lands.

The rabbis advised government ministers to resign their posts if Netanyahu tried to further divide the Land of Israel. They noted that Judaism prohibits the willful surrender of the any portion of the Land of Israel, and that past withdrawals, such as from Gaza, only resulted in increased conflict.

Despite these seeming insurmountable obstacles, Kerry declared that concluding a final status peace deal was not "mission impossible." Many believe that Kerry is now jockeying to be the next Nobel Peace Prize winner, or that he has begun his campaign for the 2016 US presidential election.