The Salvation of Those Who Endure to the End in Matthew 24:13

This passage (See also Matt. 10:22; Mark 13:13; cf. Luke 21:19) is often used to argue that only those who continue in faith and good works to the end of their lives will receive salvation or prove they were saved. In other words, if professing Christians do not persevere in faith and good works, it proves they were never really eternally saved. Though this interpretation may be held by other Christians, it is central to the Reformed Calvinists' belief called "Perseverance of the Saints" (See GraceNotes no. 49, "Perseverance Versus Preservation.").

This passage cannot be understood properly apart from the context. It is clear that Matthew (and Mark) is speaking about conditions in the time of Israel's great Tribulation (Matt. 24:21) immediately before Jesus Christ returns (Christ's return is also in view in the context of Matthew 10:22; see 10:23). Here, Jesus is answering the disciples' question about His return (Matt. 24:3-4) and the signs that will accompany it. In that time of great sorrow, the Jews will be hated and some will be killed by the other nations (Matt. 24:9), betrayed by their own countrymen (Matt. 24:10), deceived by false prophets (Matt. 24:11), and experience lawlessness and a lack of natural affection (Matt 24:12). After verse 13, Jesus' prophecy conveys the details that actually describe His coming (vv. 14ff.). This is a prophecy that relates to the end time in the Tribulation period.

The End of What?

That the end of one's life is not addressed here is clear by how the "end" is used throughout the passage. Beginning with the disciples' question about the "end of the age" in verse 3, Jesus gives information about that end mentioning it in verses 6 and 14. It is clear Jesus refers to the end of the Tribulation period that will come upon the whole earth.

Though many in Israel will be killed, those who endure these perils to the end of the Tribulation will be delivered ("saved") from their enemies, who are the nations which hate them. This is simply an occasion when the word "saved" refers to deliverance from danger, not deliverance from hell. Indeed, hell is not mentioned in the passage and would be out of place. This "last-minute rescue" of the remnant of Israel by Jesus Christ is a prophesied biblical event (Zech. 12:2-9; Rom. 11:26). Later in Jesus' response, He says that when He returns He will "gather His elect" from all over the world, a reference to His chosen nation, Israel, and their deliverance at the end of the Tribulation (v. 31).

The endurance spoken of in verse 13 refers to persisting in faith through the severe suffering and persecutions of that period (vv. 10-12). Some Israelites will be martyred (v. 9), but those who live to the end will see a glorious "salvation." Jesus declares that the final days will be shortened lest none survive to see that deliverance (v. 22). 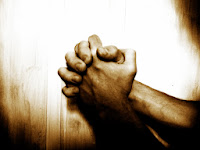 This passage should never be used to teach a doctrine of Perseverance of the Saints. Not only does the context prohibit it, but the doctrine itself is flawed. While those who say professing Christians must persevere in order to prove they are genuinely saved, they would not usually admit that perseverance is a work that earns salvation. Of course, this is convoluted reasoning, because if perseverance is necessary to prove salvation, then perseverance is necessary to have salvation. This is in addition to one's initial faith in Jesus Christ as Savior. Salvation would be by faith plus one's performance (perseverance), which contradicts the nature of God's free grace.

Israel's history is a story of God's grace. They were chosen by Him to be a special people. In spite of constant sin, God preserved them throughout their history. He will save them in the future as well, not because they deserve it, but because He is faithful to His promise to do so. Matthew 24:13 is a special promise about the end-time remnant of Israel who persist in faith through the great Tribulation and live to experience this great deliverance. Like Israel, we who are saved by God's grace are kept saved by grace, and will be glorified ultimately and finally by His grace; not because we deserve it or persevere, but because that is God's promise to all who believe (John 3:16; 5:24; Rom. 8:29). However, unlike Israel, Christians alive today will not go through the great Tribulation (1 Thes. 4:13-18; 5:9).