When US Secretary of State John Kerry arrived in Israel last week to discuss the Middle East peace process, he quickly set the tone by reiterated Washington's position that the presence of Jews in the ancient biblical heartlands of Judea and Samaria is "illegitimate."

"Let me emphasize at this point the position of the United States of America on the settlements is that we consider them... to be illegitimate," said Kerry following a meeting with Palestinian leader Mahmoud Abbas last Wednesday. 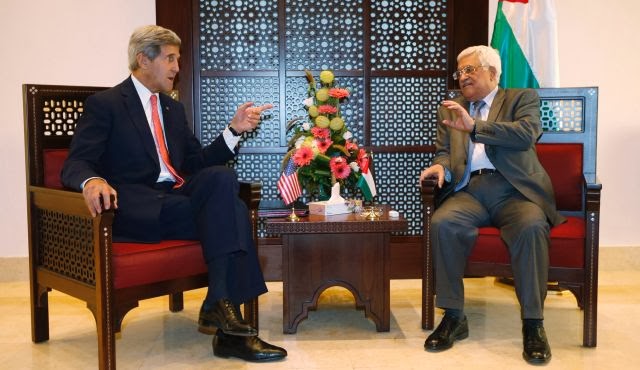 Former Israeli Ambassador to Canada Dr. Alan Baker informed Kerry in an open letter that he is "mistaken and ill advised, both in law and in fact."

Baker, who is today director of the Institute for Contemporary Affairs at the Jerusalem Center for Public Affairs, explained that "pursuant to the 'Oslo Accords', and specifically the Israel-Palestinian Interim Agreement (1995), the 'issue of settlements' is one of subjects to be negotiated in the permanent status negotiations."

Therefore, Kerry's public remarks "serve to not only to prejudge this negotiating issue, but also to undermine the integrity of that agreement," Baker stated.

Baker went on to give a lesson on how the West, an in particular the US, are approaching the peace process entirely incorrectly.

What Kerry and others regularly refer to as "Palestinian territory" is nothing of the kind. The land has not had a sovereign ruler since the time of the Ottoman Empire, and Israel has just as much of a legal and historical claim to it as the Arabs.

"The whole purpose of the permanent status negotiation is to determine, by agreement, the status of the territory," noted Baker, asking Kerry, "How can you presume to undermine this negotiation?"

In the meantime, Baker repeated what most involved in the peace process have apparently forgotten: not one of the signed agreements prohibits Israeli Jews from taking up residence in Judea and Samaria.

Baker said that it has become clear that Kerry is "taking sides, thereby prejudicing your own personal credibility, as well as that of the US."