Iran on Sunday hailed the nuclear deal it reached with Western powers as a victory over "the Zionists," while Israel fumed over the details of the agreement, even as US President Barack Obama insisted it would improve the security of the Jewish state. 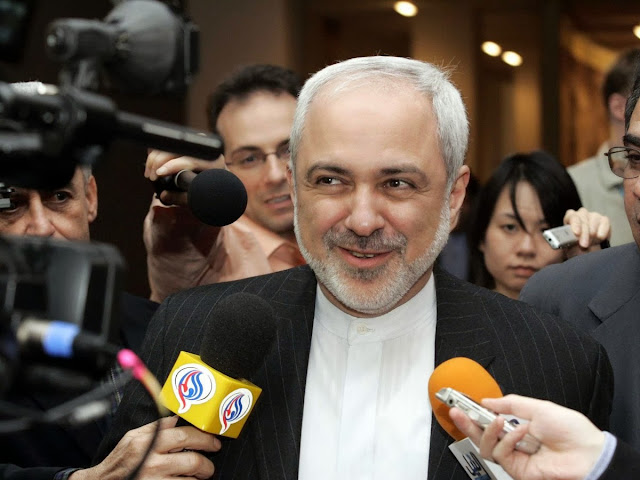 "All plots hatched by the Zionist regime to stop the nuclear agreement have failed," Iranian Foreign Minister Javad Zarif said to his nation's media from Geneva.

The deal signed on Sunday is only the first in many proposed steps. It requires Iran to temporarily freeze its nuclear program (while leaving it fully intact) in exchange for a lessening of Western sanctions.

Over the coming six months, Zarif said Iran will give America and its Western allies an opportunity to prove their trustworthiness to the Islamic Republic before moving on to the second step.

Israeli officials seemed incredulous that Obama could enter, eyes fully opened, into such an arrangement.

"There is no achievement in this agreement," added Foreign Minister Avigdor Lieberman. "This is the biggest diplomatic victory Iran has known in recent years."

"We awoke this morning to a new reality. A reality in which a bad deal was signed with Iran. A very bad deal," Economic Minister Naftali Bennett wrote on his Facebook page. "If a nuclear suitcase blows up five years from now in New York or Madrid, it will be because of the deal that was signed this morning."

"Just like the failed deal with North Korea, the current deal can actually bring Iran closer to the bomb," said Intelligence Minister Yuval Steinitz. "Israel cannot take part in the international celebrations based on Iranian deception and self-delusion."

But celebrate appears to be precisely what the Obama Administration wants Israel, and everyone else, to do.

While Obama acknowledged that Israel and the Arab Gulf states "have reason to be skeptical," US Secretary of State John Kerry insisted the deal had "made the world safer."