Will My Vote Affect The Economy?

(The Word on Politics)—How do I know if the person I am voting for, as he or she pursues public office, properly represents a biblical worldview? How do I determine who, among the various competing political candidates, better reflects biblical values?

If you are looking for answers to these questions, this series of articles will be of great benefit to you. For purposes of organization, these issues can be categorized under the following headings: economic issues, social issues, and foreign affairs matters. While my first article dealt with the importance of a candidate's philosophy of governance, this second article will introduce the topic of economics.

With each issue I have included some parenthetical Bible verse references in order to demonstrate to the reader that these preferences are not uniquely mine, but rather are derived from the pages of God's Word. While these issues are often irrelevant to the thinking of modern man, they are extremely important to God. 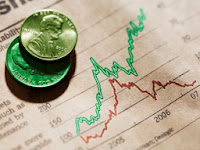 Because of biblical prohibitions against stealing and covetousness (Exod. 20:15, 17) as well as the scriptural promotion of economic self-sufficiency through labor (Gen. 3:17-19; 2 Thess. 3:10; 1 Tim. 5:8), I typically inquire whether the candidate will use the all-encompassing power of the state to take the income from the earner and redistribute it to the non-earner. Such an approach destroys the incentive of the former and the integrity and self-worth of the latter.

The Scripture also places a high premium on the ownership of private property (Exod. 20:15, 17; Num. 27; 36; Deut. 19:14). Does the candidate embrace the sacredness of private property? Does he agree with the following assessment by John Adams, the second President of the United States?

The moment the idea is admitted into society, that property is not as sacred as the laws of God, and that there is not a force of law and public justice to protect it, anarchy and tyranny commence. If "Thou Shalt Not Covet," and "Thou Shalt Not Steal" were not commandments of Heaven, they must be made inviolable precepts in every society before it can be civilized or made free. [1]

Does the candidate instead see private property as ultimately belonging to the community, which therefore can be gradually siphoned away by the state in order to accomplish a "higher collective good"? Due to the fact that the Bible teaches differing God-given abilities among human beings (Matt. 25:15), will the candidate use the force of government to guarantee equality of opportunity for all while leaving the matter of economic result to individual initiative, drive, work ethic, and talent?

Also, given man's fallen nature and innate self-centeredness (Gen. 8:21; Jer. 17:9), human beings will toil and unleash their creative abilities positively upon society when they are allowed to directly benefit from their own labor. The great economist Adam Smith referred to this reality as "the invisible hand." In other words, as individuals pursue their own self interests, society indirectly benefits through added innovation and economic expansion. In such an environment, some will undoubtedly grow wealthier at a more rapid pace than others. However, as quipped by John F. Kennedy and later, Ronald Reagan, "a rising tide lifts all boats." As long as we do not yield to covetousness and consequently avoid an economic policy that effectively "kills the goose that lays the golden egg," all of society will become wealthier, although some will become wealthy at a faster rate than others. Thus, a proper question for any candidate is whether their economic perspective allows people to keep more of what they make? Do they instead favor government confiscation of the fruit of hard earned labor thereby creating a disincentive for the unleashing of the entrepreneurial spirit for the betterment of society?