Israel Warns US Against Cutting Aid to Egypt

Despite ongoing problems between Israel and Egypt, the Jewish state is warning Washington that cutting financial aid to its neighbor is a mistake that will not advance the interests of either America or Israel.

Last week, the Obama Administration decided to cut at least part of the more than $1 billion America sends to Egypt annually as part of the 1979 Camp David Accords that brought peace between Israel and the land of the Pharaohs.

But that might only add fuel to the arguments of some that Egypt should cancel the peace treaty with Israel.

"You cannot disassemble the peace treaty and take out this part or that part," an Israeli government official told The New York Times.

The move could also backfire by enflaming tensions inside Egypt, rather than calming the situation, as the White House believes.

Lastly, the cut is almost certain to further damage America's already mangled reputation in the region. "If America is seen to be turning its back on Egypt, an old ally, how will it be seen? People will see it as the United States dropping a friend," said the official. 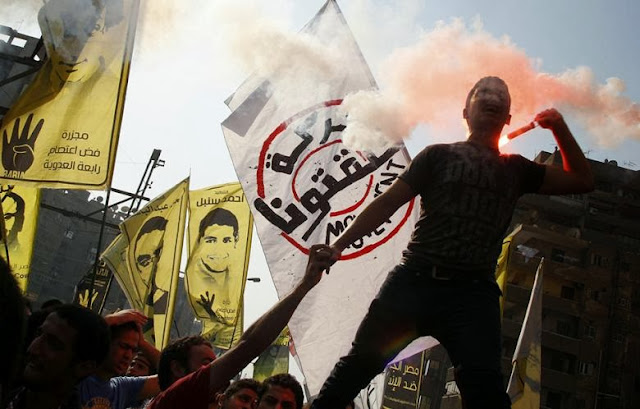 For Israel, the new Egyptian regime's determined efforts to root out Islamic fundamentalists is a breath of fresh air.

Intelligence Minister Yuval Steinitz, who has long been a critic of Egypt's icy attitude toward Israel, urged that "Egypt should be strengthened. We need a stable Egypt. It's important for the world, the Middle East, for us, and for the Egyptians themselves."

Speaking at a security conference last week, Israeli army chief Gen. Benny Gantz said that just two years ago Israel had very little hope that the burgeoning terrorist network in Sinai would ever be dealt with.

But today "the terror that has sprouted there is being challenged every day," said Gantz, adding that as a result "Gaza, which got its oxygen from the terror tunnels through Sinai, is dealing with doors now closed to it."

The improvements have left many Egyptians and most Israelis wondering why in the world the Obama White House continues to make statements and issue policy that seems aimed at restoring the ousted Muslim Brotherhood to power.