Evidence Points to Use of Chemical Weapons by Assad Regime

(Washington, D.C.)—Is the President of the United States certain chemical weapons were used to kill innocent civilians in Damascus last week, and is he certain that the Assad regime was, in fact, responsible for the attack? Is the evidence clear and compelling? Will such evidence stand up in the court of public opinion? The U.S. administration thinks so, and will make the evidence public soon. 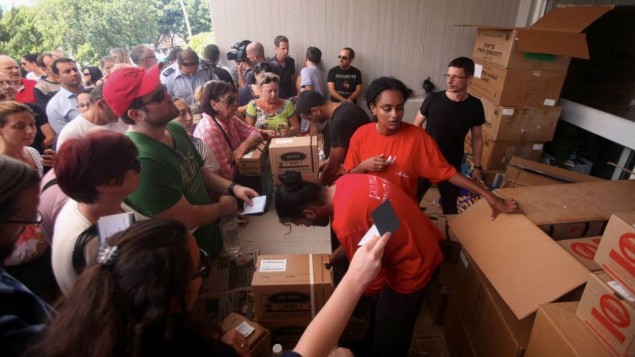 We are told such evidence will include:

“The Obama administration believes that U.S. intelligence has established how Syrian government forces stored, assembled and launched the chemical weapons allegedly used in last week’s attack outside Damascus, according to U.S. officials,” reports the Washington Post. “The administration is planning to release evidence, possibly as soon as Thursday, that it will say proves that Syrian President Bashar al-Assad bears responsibility for what U.S. officials have called an 'undeniable' chemical attack that killed hundreds on the outskirts of the Syrian capital. The report, being compiled by the Office of the Director of National Intelligence, is one of the final steps that the administration is taking before President Obama makes a decision on a U.S. military strike against Syria, which now appears all but inevitable.”

I’m looking forward to seeing this report. It is important that the American people have a chance to examine the evidence that has led the administration to be so certain that chemical weapons were used, and that the Assad regime was, in fact, responsible.

There are many Americans who deeply distrust this administration. There are many who distrust the American government as a whole these days, and not without cause. No country should casually launch military attacks, certainly not the leader of the free world.

That said, it is worth noting that President Obama was a strong opponent of using military force in Iraq over the alleged threat of weapons of mass destruction. So while the President has very little credibility with a large percentage of Americans who deeply disagree on all or most areas of policy, it is important to at least consider the notion that Mr. Obama has been a long-time skeptic of U.S. intelligence claims about WMD in the Middle East and the need to use force to deal with such threats. He has also been disinclined to involve the U.S. militarily in Syria for the last two years.

I deeply disagree with this administration on many issues. But I refuse to be a cynic. I refuse to disbelieve anything that comes out of their mouths. I will listen carefully on each and every issue. If the evidence is clear and compelling, I want to see it with honest eyes and make a fair and well-reasoned conclusion. If the Assad regime really did use chemical weapons to murder innocents, then I believe they should be punished severely—in part so that no Syrian government ever uses chemical weapons again, and in part so that no government uses chemical weapons in the future.

Along these lines, I’m interested in an exclusive story in the Foreign Policy blog this morning, describing intercepted telephone calls.