U.S. Military Involvement in Syria Would Be a Catastrophic Mistake

(Washington, D.C.)—The countdown to U.S. intervention in the mess in Damascus appears to be nearing the zero hour.

The Obama administration is actively considering using military force to bring down the Assad regime in Syria. Specifically, the White House and Pentagon are analyzing the idea of running a 24/7 “no-fly zone” over Syria, as well as training and arming rebel forces to defeat the Assad forces. But the costs would be high—upwards of $1 billion a month—and might not even be successful.

In my view, active U.S. military involvement in Syria would be a catastrophic mistake. I feel terrible for the bloodshed and carnage going on inside Syria. But tragically I see very little that the West can do to actually make the situation better.

Who exactly would we arm and assist? We're talking about a civil war that is pitting Shia radicals (Assad’s regime, Iran and Hezbollah) against "the rebels," most of whom are Sunni radicals (including al Qaeda and Muslim Brotherhood forces). I don’t want any of them to win. Are there small numbers of rebels who might be better if they could really come to power? Perhaps. But the fact is they have very limited chances of getting to the top of the greasy pole. Indeed, if the wrong people seize control of Syria, the situation for the Israel, Jordan, Lebanon and the West could actually become much worse.

Syria is imploding. It is increasingly possible that the geopolitical state we call the Syrian Arab Republic will cease to exist in the not-too-distant future. We can and should help with humanitarian relief. We can and should show mercy to those fleeing for their lives. We can and should help the persecuted Christians, and pray actively and consistently for peace and stability. But I don’t think the U.S. government or any Western power should stick its hand into that hornet’s nest.

Our highest priority should be stopping Iran from building nuclear weapons. Period.

Still, the White House appears to be readying the military for U.S. intervention, and some Republicans in Congress are encouraging them along these lines.

“The Pentagon has provided Congress with its first detailed list of military options to stem the bloody civil war in Syria, suggesting that a campaign to tilt the balance from President Bashar al-Assad to the opposition would be a vast undertaking, costing billions of dollars, and could backfire on the United States,” reports the New York Times. 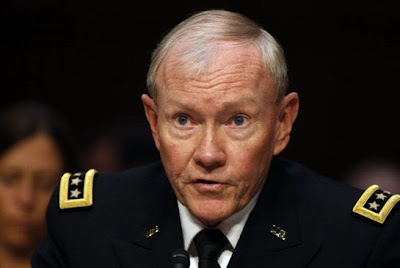 Excerpts from the story: