The Problem with Preterism

The word “preterism” derives from the Latin preter, meaning past. In this view, the biblical prophecies in the book of Revelation (especially chapters 6—18) and Matthew 24—25 (Christ’s Olivet discourse) have already been fulfilled in the past. This approach to interpreting prophecy appeared in the early writer Eusebius (263-339) in his Ecclesiastical History. Later writers who incorporated this approach include Hugo Grotius of Holland (ca. 1644), and, in modern times, David Chilton. 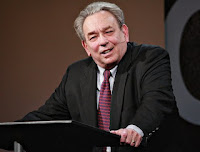 There are two forms of preterism: moderate (partial) preterism, and extreme (full) preterism. Moderate preterism is represented by modern writers such as R.C. Sproul, Hank Hanegraaff, and Gary DeMar. While they believe the literal resurrection and second coming are yet future, the other prophecies in Revelation and Matthew 24—25 have already been fulfilled when Jerusalem fell to Rome in A.D. 70. Extreme or full preterism goes so far as to say that all New Testament predictions were fulfilled in the past, including those of the resurrection and second coming. This latter view is heretical, denying two of the fundamentals of the Faith: the physical resurrection and a literal second coming.

There is much current debate. For example, preterists point to Matthew 24:34 where Jesus asserted:

“This generation will by no means pass away till all these things take place.”

This verse allegedly proves the prophecies would soon be fulfilled. Contrary to this view, many evangelicals believe Christ was simply saying that the generation alive when such events as the abomination of desolation (verse 15), the great tribulation (verse 21), and the sign of the Son of Man in heaven (verse 30) begin to come to pass will still be alive when these prophetic judgments are completed. Other evangelicals believe the word generation here is to be taken in its secondary meaning of “race.” Jesus’ statement could mean that the Jewish race would not pass away until all things are fulfilled. Either way, it is argued, the verse does not support preterism.

Preterists also argue from Matthew 16:28 that Jesus said some of His followers “standing” there would not taste death until they saw Him return, “coming in His kingdom.” Contrary to the preterist view, many evangelicals believe that when Jesus said this, He had in mind the transfiguration, which happened precisely one week later (Matthew 17:1-13). In this view, the transfiguration served as a preview of the kingdom in which the divine Messiah would appear in glory. Moreover, against the idea that this verse refers to A.D. 70 is the pivotal fact that some of the disciples “standing” there were no longer alive by A.D. 70 (all but John had been martyred by then). Still further, no astronomical events occurred in A.D. 70, such as the stars falling from heaven and the heavens being shaken (Matthew 24:29). And Jesus did not return “on the clouds of the sky, with power and great glory” (Matthew 24:30).

Preterists also point to verses which indicate that Jesus will come “quickly” (Revelation 22:12,20), and that the events of which the book of Revelation speaks will be fulfilled “shortly” (1:1; 22:6). Futurists point out, however, that the word “quickly” often carries the meaning “swiftly, speedily, at a rapid rate.” Hence, the term could simply indicate that when the predicted events first start to occur, they will progress swiftly, in rapid succession. Likewise, the word translated “shortly” can simply mean “suddenly,” not necessarily soon.

A favorite argument among preterists is that the book of Revelation was written prior to A.D. 70, and hence the book must have been fulfilled in A.D. 70 when Rome overran Jerusalem. Futurists point out, however, that some of the earliest church Fathers confirmed a late date, including Irenaeus (who knew Polycarp, John’s disciple) who claimed the book was written at the close of the reign of Domitian (which took place from A.D. 81—96). Victorinus confirmed this date in the third century, as did Eusebius (263-340). Hence, since the book was written after A.D. 70, it could hardly have been referring to events that would be fulfilled in A.D. 70.

Against preterism, futurists note that key events described in the book of Revelation simply did not occur in A.D. 70. For example, in A.D. 70 “a third of mankind” was not killed, as predicted in Revelation 9:18. Nor has “every living creature in the sea died,” as predicted in Revelation 16:3. In order to explain these texts, preterists must resort to an allegorical interpretation since they did not happen literally.