Netanyahu to Europe: Jerusalem Is Ours!

Israeli Prime Minister Benjamin Netanyahu on Sunday rebuffed European criticism over the construction of new housing units in a Jewish neighborhood of Jerusalem, insisting that the Holy City belongs to the Jews. 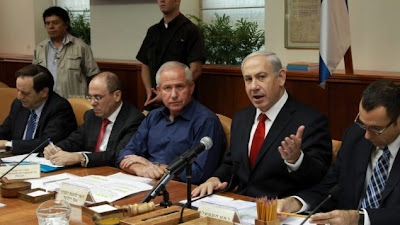 Last week, Israel's Interior Ministry approved the construction of 800 new apartments in the southern Jerusalem neighborhood of Gilo. Gilo is home to tens of thousands of Israeli Jews, and new construction there is by no means out of the ordinary.

But Britain, France and the European Union immediately took advantage of the opportunity to again express their displeasure with Jewish sovereignty over the entirety of Jerusalem, calling those few new apartments an "obstacle to peace."

Netanyahu: Jerusalem "Is Our Capital"

Netanyahu said the world can call it whatever it wants, but his government will not "impose any restrictions on construction in Jerusalem."

The Israeli leader added that Jerusalem "is our capital" and the Jewish nation has a connection to Jerusalem that is as "ancient and powerful" as the connections Europeans have to their respective capitals.