The Preservation of the Jewish People

It even had appeared in the local newspaper that week in an advertisement for the special meetings the church was conducting with the guest evangelist—and it had generated no little commotion in town. So significant was the brouhaha that the local rabbi was sitting in the church, prepared to hear an anti-Semitic diatribe. Needless to say, the atmosphere was electric.

The preacher continued his opening remarks, announcing the text for the sermon and asking everyone to listen to the words of the prophet Jeremiah:

Behold, the days come, saith the LORD, that I will make a new covenant with the house of Israel, and with the house of Judah, Not according to the covenant that I made with their fathers in the day that I took them by the hand to bring them out of the land of Egypt, which, my covenant, they broke, although I was an husband unto them, saith the LORD; But this shall be the covenant that I will make with the house of Israel: After those days, saith the LORD, I will put my law in their inward parts, and write it in their hearts, and will be their God, and they shall be my people. And they shall teach no more every man his neighbor, and every man his brother, saying, Know the LORD; for they shall all know me, from the least of them unto the greatest of them, saith the LORD; for I will forgive their iniquity, and I will remember their sin no more (Jer. 31:31–34).

Nothing thus far was inflammatory. The passage prophesied a new covenant that the Lord would establish someday with the descendants of Israel. The preacher continued reading:

After reading the text, the preacher called the congregation’s attention to the last three verses, which emphasize the everlasting nature of God’s covenant with Israel. The covenant was permanent. It was immutable, irrevocable, and unchangeable. Israel’s perpetuity was inexorably linked to the perpetuity of the physical ordinances of the sun, moon, stars, and Earth. If these ordinances disappear, then Israel will disappear. But as long as they remain, Israel will remain.

“So, you want to know how to destroy the Jewish people?” the preacher asked with a flourish. “I will tell you. But first, you must be able to pluck the sun, moon, and stars from their celestial positions and make them disappear forever; measure the distance from one end of the heavens to the other [something modern scientists can’t even do]; burrow into the very core of the earth and measure the distance you have bored. And if you can accomplish these three tasks, only then will you be able to eliminate forever the children of Israel from their long existence on planet Earth.”

A collective sigh of relief arose from the congregants, including the rabbi. The key truth was obvious to all: It is impossible to destroy the Jewish people.

Considering the tragic history of Jacob’s children over the last two thousand years, that simple affirmation stands out boldly amid their sufferings, exiles, and narrow escapes from annihilation. Deuteronomy 28, spoken and written by Moses more than a thousand years before Israel’s first exile, describes the nation’s yet future sufferings in these anguished words:

And it shall come to pass, that as the LORD rejoiced over you to do you good, and to multiply you, so the LORD will rejoice over you to destroy you, and to bring you to nothing; and ye shall be plucked from off the land to which thou goest to possess it. And the LORD shall scatter thee among all people, from the one end of the earth even unto the other; . . . And among these nations shalt thou find no ease, neither shall the sole of thy foot have rest; but the LORD shall give thee there a trembling heart, and failing of eyes, and sorrow of mind. And thy life shall hang in doubt before thee; and thou shalt fear day and night, and shalt have no assurance of thy life (Deut. 28:63–66).

Jewish history from the destruction of Jerusalem in A.D. 70 through the twentieth century is not a pretty story. Although a small remnant of Jewish people continued to live in the land of their forefathers, the vast majority ended up in the diaspora (literally, the “scattering”), a popular Jewish term to describe everywhere outside the land of Israel. These diaspora Jews lived in foreign countries where the terms aliens and exiles more appropriately described their plight. Their “host” countries usually were far from hospitable. Wherever they wandered in the medieval world, they never were accorded citizenship.

Not only were they hated, they often were caught between warring factions and suffered the consequences. When the European Crusaders launched their expeditions in the eleventh through the thirteenth centuries to free the Holy Land from the Moslems, they slaughtered the Jewish people and annihilated dozens of Jewish communities along the way. When the Black Death spread through Europe from 1348 through 1350, many people blamed the Jews, claiming they had poisoned wells. Thousands of Jewish people were burned to death, especially in Germany. Even the pope, not always a friend to the Jewish people, opposed such baseless accusations. But the mobs, infected with blind hatred, could not be dissuaded.

The infamous Spanish Inquisition, launched by King Ferdinand and Queen Isabella, finally led to the Jewish people’s complete expulsion from Spain in 1492 and then from neighboring Portugal in 1496. This forced exile of nearly 200,000 people for no other reason than the fact that they were Jewish indelibly marked both the Jewish psyche and Jewish history.

The little-known Chmielnicki Wars in 1648 led to the slaughter of nearly 100,000 Polish Jews by Cossack warriors. The czars of nineteenth-century Russia often blamed the Jewish people for whatever economic ills beset the serfs in their empire.

In 1881 the infamous pogroms broke out and continued sporadically until World War I. Local mobs, often urged on by their Orthodox priests, attacked Jewish communities, murdering thousands of innocent men, women, and children for being so-called Christ-killers. Hundreds of thousands of Jewish people fled to the New World. Those who somehow survived the pogroms and remained in Eastern Europe eventually faced the worst of all Jewish tragedies—the Holocaust. From 1933 to 1945, through a series of repressive laws; labor camps; and, finally, gas chambers, the Nazis obliterated approximately six million Jewish people—simply because they were Jewish. 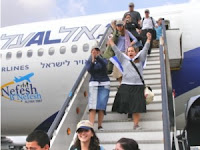 And yet they survived. The Jewish people, of course, are not the only nationality that has endured suffering. However, their anguish has been unique in several ways. No nation in the history of the world ever has been exiled from its land, lost its national existence and language, then returned as a people to that identical homeland and even revivified its ancient tongue. No nation, that is, except one—the nation of Israel.

How can we explain this phenomenon? Modern historians and philosophers have tried and failed. The Jewish experience simply does not fit human theories and explanations. One of the greatest historians of all time was Arnold Toynbee, whose classic ten-volume work, A Study of History, traces the rise and inevitable fall of twenty-six civilizations.

Despite all his brilliance, Toynbee could not adequately explain the phenomenon of the “Jewish civilization.” According to his philosophy of history, civilizations rise then eventually fall, never to rise again. Jewish history, however, did not fit Toynbee’s scheme. Yes, the Jewish nation rose and fell. But it survived after its fall and, amazingly, returned to its ancient land, reconstituted its national existence, and even resurrected its ancient language from the dead. No other nation has ever accomplished this feat.

Toynbee could not comprehend the Jewish peoples’ survival because he was unwilling to consider God’s promises. The Lord God declared through His prophet that Israel will never cease from being a nation (Jer. 31:36), and He has kept that promise by preserving His Chosen People through all their dark nights of suffering. Apart from God, no other explanation exists. Toynbee referred to the Jews as the “fossils of history.” A fossil is an ancient object that really should not be here today but is somehow “frozen in time”—out of place but here nevertheless.

From a human viewpoint, the Jewish people should not be here. With all they have endured, they should have disappeared long ago. More magnificent civilizations, such as the Assyrians, Hittites, and Babylonians, have been consigned to the dustbin of history. But, in the familiar words of an Israeli folk song, “Am Yisrael Hai!” (“the people of Israel live!”).

Their ancient persecutors and murderers have vanished from the stage of human history, but little Israel keeps playing its role in the divine cosmic drama. And Israel will continue to do so, not because of its cunning, savvy, or wit, but because of the promises of God.

The great Prussian Emperor Frederick often would test his chaplain with theological questions. Frederick, however, said he did not have time for long answers and explanations. He wanted simple answers that he could comprehend quickly. One day he asked his chaplain if he could provide simple and succinct evidence for the truth of the Bible. Frederick asked if the chaplain could provide the evidence in just one word. The wise chaplain responded that he could do just that.

“What is this magical word?” Frederick asked.

The chaplain replied, “Israel, your majesty. The people of Israel.”

It would be difficult indeed for anyone to offer better proof for the accuracy and divine authenticity of God’s Word. Israel has survived and will continue to survive because God Almighty has willed it.