The Example of Jesus Christ

Esotericists would do well to consider the example set by Jesus Christ in how to properly interpret Scripture. Jesus never sought a hidden or secondary meaning when interpreting the Old Testament Scriptures. On the contrary, He consistently interpreted the Old Testament quite literally, including the Creation account of Adam and Eve (Matt. 13:35; 25:34; Mark 10:6), Noah's Ark and the Flood (Matt. 24:38-39; Luke 17:26-27), Jonah and the whale (Matt. 12:39-41), Sodom and Gomorrah (Matt. 10:15), and the account of Lot and his wife (Luke 17:28-29). In his book The Savior and the Scriptures, theologian Robert P. Lightner notes—following an exhaustive study—that Jesus' interpretation of Scripture "was always in accord with the grammatical and historical meaning. He understood and appreciated the meaning intended by the writers according to the laws of grammar and rhetoric." [1]

Unlike esotericists—who say there is a hidden, spiritual meaning in Bible verses discernible only by esoteric "initiates"—Jesus taught openly and with clarity. Recall that following His arrest, Jesus was questioned by the High Priest about His disciples and His teaching. Jesus responded: "I have spoken openly to the world. I always taught in synagogues or at the temple, where all the Jews come together. I said nothing in secret. Why question me? Ask those who heard me. Surely they know what I said" (John 18:20). Since Jesus had said nothing in secret, those who heard Him would be able to clearly enunciate what He had openly communicated. There were no hidden meanings beneath His words.

That Jesus taught openly and with clarity is attested by the doctrinal influence He had on His followers. Several scholars have noted that if Jesus had intended to teach esoteric Christianity, He was a failure as a teacher, for His words led those who followed Him in the precise opposite direction than He would have intended. [2] For example, instead of becoming pantheists (the belief that God and all things are one—is a common belief among esotericists), Jesus' followers were theists who believed in a personal Creator God who is distinct from His creation. Jesus' followers took Him at His word, interpreting what He said plainly, just as He interpreted the Old Testament Scriptures plainly. 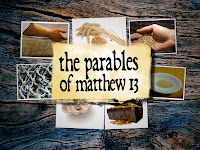 After teaching one such parable, a disciple asked Jesus: "Why do you speak to the people in parables?" (Matt. 13:10). Jesus answered: "The knowledge of the secrets of the kingdom of heaven has been given to you [believers], but not to them [unbelievers]". What did Jesus mean by the word secrets in this verse? Was He lending support to esotericism?

By no means! The Greek word for secret simply means mystery, and is even translated this way in the New American Standard Bible. A mystery in the biblical sense is a truth that cannot be discerned simply by human investigation, but requires special revelation from God. Generally speaking, this word refers to a truth that was unknown to people living in Old Testament times, but is now revealed to humankind by God (see Matt. 13:17 and Col. 1:26). In Matthew 13, Jesus provides information to believers about the kingdom of heaven that has never been revealed before.

Some have wondered why Jesus engineered His parabolic teaching so that believers could understand His teaching but unbelievers could not. The backdrop to this is that the disciples, having responded favorably to Jesus' teaching and placed their faith in Him, already knew much truth about the Messiah. Careful reflection on Jesus' parables would enlighten them even further. However, hardened unbelievers who had willfully and persistently refused Jesus' previous teachings—such as those set forth in the Sermon on the Mount—were prevented from understanding the parables. Jesus was apparently observing an injunction He provided earlier in the Sermon on the Mount: "Do not give dogs what is sacred; do not throw your pearls to pigs" (Matt. 7:6). Yet there is grace even here. For, as many scholars have noted, it is possible that Jesus may have prevented unbelievers from understanding the parables because He did not want to add more responsibility to them by imparting new truth for which they would be held accountable.

That Jesus wanted His parables to be clear to those who were receptive is evident in the fact that He carefully interpreted two of them for the disciples—the parables of the Sower (Matt. 13:3-9) and the Tares (13:24-30). He did this not only so there would be no uncertainty as to their meaning, but to guide believers as to the proper method to use in interpreting the other parables. The fact that Christ did not interpret His subsequent parables indicates that He fully expected believers to understand what He taught by following the methodology He illustrated for them. Clearly, then, Matthew 13 does not support but rather argues against esotericism.

Jesus said His words lead to eternal life (John 6:63). But for us to receive eternal life through His words, they must be taken as He intended them to be taken. An esoteric reinterpretation of Scripture that yields another Jesus and another gospel (2 Cor. 11:3-4; Gal. 1:6-9) will yield only eternal death. Jesus' life-giving invitation is plainly open to all: "Whoever hears my word and believes him who sent me has eternal life and will not be condemned; he has crossed over from death to life" (John 5:24).

[2] Groothuis, 89; and Peter Kreeft, "The Most Important Argument," in The Intellectuals Speak Out About God, ed. Roy Abraham Varghese (Chicago: Regnery Gateway, 1984), 251.