The Importance of Historical Considerations

Historical considerations are especially important in properly interpreting the Word of God. The Christian faith is based on historical fact. Indeed, Christianity rests on the foundation of the historical Jesus whose earthly life represents God's full and objective self-communication to humankind (John 1:18). Jesus was seen and heard by human beings as God's ultimate revelation (1 John 1:1-3). This is why He could forcefully claim, "If ye had known me, ye should have known my Father also" (John 14:7).

The apostle Paul, when speaking with the religious men of Athens, affirmed that the reality of the future judgment of all humanity rests on the objective, historical evidence for the resurrection of Jesus (Acts 17:16f.). This evidence is recorded for us in the New Testament Gospels, documents that are based on eyewitness testimony and written very close in time to the events on which they report. Based on how people respond to God's objective, historical revelation contained in Scripture, they will spend eternity in a real heaven or a real hell. 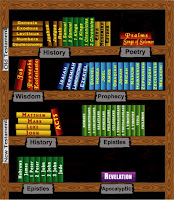 A "literal" approach to Scripture recognizes that the Bible contains a variety of literary genres, each of which has certain peculiar characteristics that must be recognized in order to interpret the text properly. Biblical genres include the historical (e.g., Acts), the dramatic epic (e.g., Job), poetry (e.g., Psalms), wise sayings (e.g., Proverbs), and apocalyptic writings (e.g., Revelation).

Obviously, an incorrect genre judgment will lead one far astray in interpreting Scripture. A parable should not be treated as history, nor should poetry or apocalyptic literature (both of which contain many symbols) be treated as straightforward narrative. The wise interpreter allows his knowledge of genres to control how he approaches each individual biblical text. In this way, he can accurately determine what the biblical author was intending to communicate to the reader.

Now, even though the Bible contains a variety of literary genres and many figures of speech, the biblical authors most often employed literal statements to convey their ideas. Where they use a literal means to express their ideas, the Bible expositor must employ a corresponding means to explain these ideas—namely, a literal approach. A literal method of interpreting Scripture gives to each word in the text the same basic meaning it would have in normal, ordinary, customary usage—whether employed in writing, speaking, or thinking. Without such a method, communication between God and man is impossible.

Interpret the Old Testament in Light of the New Testament

God gave revelation to humankind progressively throughout Old and New Testament times. He didn't just give His entire revelation for all time to our first parents, Adam and Eve, or to Moses, the Lawgiver. Rather, as time went on—as the centuries slowly passed—God provided more and more revelation that became progressively full so that by the time the New Testament was complete, God had told us everything He wanted us to know. In view of this, a key interpretive principle is that one should always interpret the Old Testament in view of the greater light of the New Testament.