Connecting the Dots on the National Defense Authorization Act

It was a year ago last week that I warned that the Department of Homeland Security was making a list of U.S. citizens who protested and urged others to protest TSA policies. I disclosed the existence of a written directive issued through DHS Secretary Janet Napolitano and TSA head John Pistole, both acting on behalf of the Obama administration, instructed TSA officials to collect the names and other relevant information of anyone who “interfered” with enhanced TSA screening procedures by speaking out against them. They were to be classified as “domestic extremists” in this data mining operation. For my assertions here and on various national news programs, I was attacked by media lapdogs, “investigative reporters,” and members of both sides of the political spectrum.

Later, my credibility was called into question when an enterprising reporter filed a FOI request and was informed that “no such document exits.” Case closed. What a surprise.

Today, some of the same people who doubted the veracity of the report are suddenly uncomfortable, concerned, or even a bit outraged that the anti-terror apparatus is now turning inward and being set up to be used against U.S. citizens. Again, what a surprise. 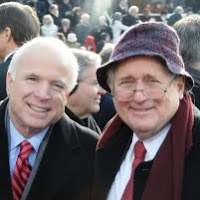 I am referring to Senate Bill 1867, titled the National Defense Authorization Act (for fiscal year 2012) secretly drafted (in committee) by Senators Carl Levin and John McCain. The bill made it out of committee, sans hearing, and is pending a full senate vote this week.

While much of the bill deals with the mundane, sections 1031 and 1032 are raising the concerns of many, including some unlikely allies. In plain speak, those sections of the bill broadly classifies certain U.S. citizens as terrorists, and allow for military intervention against such citizens on U.S. soil.

To those who assert that the ambiguity of the bill’s language has been fixed and addressed, he counters that “it [still] does not preclude U.S. citizens from being detained indefinitely, without charge or trial, it simply makes such detention discretionary.”

I contacted my intelligence source who possessed the written directive that was the subject of contentious ridicule for insight into the current activities of our national security apparatus and assessment of the proposed NDAA. According to this source, the DHS is broadening their attention to include anyone who is or will be engaged or encouraging domestic unrest, whatever the reason. The net is being cast over such groups as the Tea Party, which has been under actual and electronic surveillance by the FBI and other intelligence agencies, as well as the various “occupy” groups.

Additionally and perhaps most ominous is that according to my source, “active measures are now being taken in the event of bank holidays, closures and associated unrest.”

Connect the dots. Look at who this bill will ultimately benefit and protect, and who it is intended to stifle. Follow the money, or what’s left of it, before it disappears.

Treason From Within: The Road towards a Police State in America - Global Research

Don't Worry: The President Will Have Complete Discretion... - Reason Online