Will a Revived Roman Empire Be Felled by Greece?

Ever since the first financial restructuring for Greece was arranged in 2010, Europe has been front-page news. In recent months, instabilities have escalated to the point where the survival of the euro (the common currency of 17 member countries of the European Union (EU) is being questioned. In fact, will the European Union even survive in its current form?

Many analysts are extremely pessimistic about the fate of Europe. They conclude that the current monetary and government budget arrangements of the individual EU member nations and that of the broader, supra European institutions such as the European Central Bank (ECB) and lately the EFSF (European Financial Stability Facility) are incompatible and are sure to lead to financial disaster. 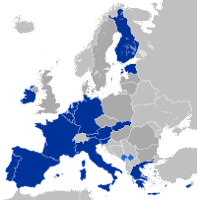 No doubt, there exists very serious debt imbalances and economic sustainability issues within the current membership of the European monetary union. Indeed, the current conditions are not sustainable. Economically-strong nations such as Germany and the Netherlands, have generally been reliant upon their more profligate euro-zone member countries for export demand - such as Greece, Spain, Italy, Portugal and others. This is only possible if export-surplus nations like Germany are also willing to provide what amounts to vendor financing to these buyers of their goods.

Incidentally, this is the same type of imbalance that has emerged between China (and other Asian export nations) and the United States. America is able to buy Chinese goods so long as China in turn buys U.S. bonds (debt) or facilitates the purchase of U.S. debt by other surplus nations. For the moment, the anguished focus of financial markets is upon Europe. However, before long … once the European conflagrations have quieted … the focus of the global financial community will again turn to the shaky finances of the U.S. and its states (i.e. Wisconsin, California … etc.).

However, back to Europe: Here, the deficit countries had continued to be net importers, thanks to the surplus funding of the exporting nations in Europe. That this state of affairs could not last was not a surprise. In this type of system, the chasm between the lenders and borrowers becomes so large that the debts in relation to the servicing capability of the debtor nation is so large and impossible; that the whole merry-go-round comes to a panicked stop. This, in short, explains the main structural impossibility that underlies the current Eurozone and the cause for recent financial market calamities. But, what next?

Some economic analysts are sure that the current “Common Europe” project is finished and unsalvageable. This may be the case. Without a doubt, recapitalizations of various European banks will be required. Frankly, there is no way of knowing just which countries will need to go through a bail-out or restructuring. Suffice it to say that European leaders are extremely frightened at present.

Do recent events shed any light on the Revived Roman Empire theories that are popularly held amongst many Bible prophecy students? Frankly, no.

Readers will be familiar with the “10 kings” (mentioned or pictured in at least 5 prophecies found in both the Old and New Testaments) that come together in the last days to form a world-ruling coalition. We have published a number of articles on this topic in the past. (As a primer, please access the article "Searching for the Last-day 10 Kings" on our website).

In our case, we do not assign a 100% probability to the scenario that all 10 “kings” will come from modern-day Europe. Nevertheless, it may very well happen that all 10 members will come from Europe. It is a very plausible theory. Yet, it is possible that other outcomes are possible as these are not precluded by the Bible. All the same, we still do not believe that recent financial fireworks provide any helpful information on this prophetic question.

There are a number or reasons why we are of this view. Firstly, crises have been - and must continue to be - a necessary part of the Europe project. It is only during crisis that the collective will-power and urgency will be sufficient to move a unified Europe forward, thus gradually whittling down the individual sovereign powers of each of the individual nations. This realization was always in the mind of the leaders behind this “Common Europe” movement. For example, said Romano Prodi, EU Commission President in December 2001:


“I am sure the Euro will oblige us to introduce a new set of economic policy instruments. It is politically impossible to propose that now. But some day there will be a crisis and new instruments will be created.”

Secondly, it is very plausible that Europe breaks apart into several sub-groups of countries. For example, one economic research firm holds the view that a group of northern nations headed by Germany will split off. They would have their own currency (dubbed the “neuro”). Southern European nations will also form their own group (these generally being the countries with deficits) as they desperately will want their own currency that they can then devalue (this currency being dubbed the “sudo”). Other groups could splinter off, as well.

Anything is possible at this stage. It may very well occur that a smaller group of 10 nations will now emerge (rather than the current EU membership of 27, which never did fit the “10 king” prototype of Scripture). It remains conjecture.

Though we cannot draw any firm conclusions about the future steps to the final “10 king coalition”, this one observation is certainly true: Huge and rapid geopolitical changes are very possible during this current period of global upheaval and economic instabilities.