After a dismal jobs report in August and a stubborn "official" 9.1% unemployment rate, President Barack Obama is set to unveil his economic plan in an address to Congress and the nation tonight. Expect the President to seek an extension of the payroll tax holiday, new spending on infrastructure, and financial aid for state and local governments. Don't, however, expect any support from Republicans. Who gets "credit" for anything from this point on is at stake with the 2012 election just 14 months away.

Yesterday, the Dow rose 275 points as investors responded to some "better than expected" economic data. The 2.5% bounce was led by bank stocks. Bank of America rose 7%. Oil rose $3 — it's largest one day jump in a month. Gold fell 3% to settle at $1817. 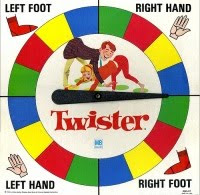 Despite trillions of dollars in stimulus and Washington's hype over a "recovery", the economy is still barely growing in most parts of the country. A new report by the Fed shows that many businesses are preparing for even worse days ahead. But with the Federal Funds rate already near zero and a balance sheet of over $2 trillion worth of government bonds and mortgage debt, the Fed is seeking alternative strategies. One idea gaining traction at the Fed is something referred to by some as "Operation Twist." This proposal involves shifting the Fed's portfolio of government bonds to more long-term securities and fewer short-term securities. In theory, this move would drive long-term interest rates down even further, which could help spur economic activity.

Another idea under consideration is to eliminate the meager interest paid to banks who keep money on deposit at the Fed. This would encourage banks to put their capital to use (the hope is lending) instead of holding it at the Fed. (And the Fed has not ruled out a third round of government bond buying.)

Ultimately, the Fed knows that it is out of bullets. But its saving grace is in keeping up appearances. Expect the Fed to act in their September 20-21 meeting with some variation of these measures. And expect those measures to be as unsuccessful as the last round.

Last week's jobless numbers were released this morning. The report showed that 414,000 applications for unemployment benefits were submitted during the week ending September 3. The news just keeps getting worse… Our economy will continue to decline until solid leadership is in place. And that is a commodity in short supply in Washington.

Meanwhile, Greece is attempting to impose more austerity measures after being told that more money will not come unless more cuts are made now. And now, more talk of Athens leaving the Eurozone. The crisis unfolding in Europe is helping gold shine.

In related news, the ECB announced that it would hold interest rates steady at 1.5%. The Bank of England also held their interest rates at 0.5%. The Euro fell below $1.40 on the news.

Obama to call for urgent steps on economy - Reuters