The U.S. Supreme Court’s declaration of war upon the unborn in its infamous 1973 decision, Roe v. Wade, caught most conservative Christians unprepared and unaware. This shock to the nation’s conscience required Christians and other pro-life activists to develop arguments, strategies, and organizations in order to confront the Culture of Death and the legalized killing of the unborn. 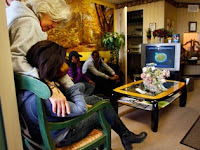 If that sounds extreme, just consider recent developments in cities like Baltimore, New York, and San Francisco. First in Baltimore, and then in New York City, municipal governments passed laws intended to shut down or curtail the work of crisis pregnancy centers in their cities. The crisis pregnancy centers have been among the most important platforms for saving unborn human lives and reasserting human dignity. This is especially true in more recent years, as many of these centers have begun using sophisticated ultrasound imaging technologies in order to show pregnant women the unborn babies within them.

These centers are staffed by brave workers and an army of volunteers who are committed to counsel women against killing their unborn babies. The ultrasound images have been massively important in this counseling process. Once the woman sees the unborn life within her, the chances of that baby surviving to live birth are tremendously enhanced.

As one abortion rights activist famously declared, “The fetus beat us.” When the fetus is seen for what is really is, the mother has a much harder time deciding to abort it. Crisis pregnancy centers generally offer a range of services, ranging from counseling and adoption services to medical care and support for new mothers. All this is too much for the abortion industry, which rightly sees crisis pregnancy centers as their increasingly powerful opposition.

In Baltimore, government officials tried to severely curtail the ability of crisis pregnancy centers to do their work, only to have their law set aside by a federal judge. In recent days, the same thing has happened in New York City, where Mayor Michael R. Bloomberg and Christine C. Quinn, Speaker of the City Council, pushed through a law that would have required crisis pregnancy centers to state up front whether they offered abortion services and so-called “emergency” contraceptives, and whether they has a licensed medical provider at the location.

As David W. Chen reported in The New York Times,

“The City Council had enacted the law in March, framing it as a matter of consumer protection and truth in advertising, not long after Naral Pro-Choice New York released a report saying it has found crisis pregnancy centers using deceptive tactics and false claims to dissuade women from having abortions.”

Note that the law was tied to this report by Naral Pro-Choice New York, a local affiliate of the nation’s leading abortion rights group. Consider also the fact that 40 percent of all pregnancies in New York City end in abortion (and fully 60 percent of all pregnancies to African American women). Those horrendous and chilling percentages are evidently not enough for the abortion industry and its ideological supporters. They want to shut down crisis pregnancy centers or render them ineffective.

As in Baltimore, a federal judge has blocked the New York City law, at least for now. The city is expected to appeal.

Now, city officials in San Francisco have launched their own effort to shutter crisis pregnancy centers, claiming that staff at the centers impose “anti-abortion propaganda and mistruths on suspecting women.”

Note the reference to anti-abortion arguments as “propaganda,” as if there could only be one side to the issue. Dennis Herrera, the San Francisco city attorney who is running for mayor, called the crisis pregnancy centers “right wing” and “politically motivated.” There was no acknowledgement of the fact that pro-abortion groups such as Planned Parenthood are “left wing” and “politically motivated.” Furthermore, given the millions of dollars of income made by the Planned Parenthood and other major components of the abortion industry, the phrase “financially motivated” should be added as well. Where are the calls for honesty from Planned Parenthood?

The way this issue is framed by many in the major national media was made clear in an August 2, 2011 report in The New York Times. Reporter Jesse McKinley began his article with this remarkable sentence:

“Seeking to stem what they call misleading advertising, San Francisco officials on Tuesday began a two-pronged attack on ‘crisis pregnancy centers,’ which are billed as places for pregnant women to get advice, but often use counseling to discourage abortions.”

Look carefully at that sentence. The conjunction “but” is intended to contrast the phrases linked together. Thus, McKinley writes that the crisis pregnancy centers “are billed as places for pregnant women to get advice,” but they “often use counseling to discourage abortion.” In other words, he insinuates that if crisis pregnancy centers “use counseling to discourage abortions,” they are not “places for women to get advice.” Evidently, the only acceptable “advice” is counseling that encourages a women to abort the baby within her.

City launches attack on centers that advise against abortion - WND