The Path to the Next Lebanon War

Five years ago this week, Iran's Lebanese proxy opened war with Israel. The war lasted 34 days, during which Hezbollah launched more than 4,000 missiles against Israel. Now five years later, under US President Barack Obama, America is pushing a policy that drastically escalates the chance that a new war between Israel and Iran's Lebanese army will break out again in the near future.

Back in 2006, Israel's response to Hezbollah's aggression was swift but incompetent. While Israel scored some blows against the Iranian proxy force, the war ended with Hezbollah still shooting. Israel failed to defeat the terror army. And because Hezbollah survived, it won the war.

This truth is exposed in all its ugliness by the political and military realities five years on. Today, Hezbollah is not simply in charge of Israel's former security zone in South Lebanon. It is in charge of all of Lebanon. The Hezbollah-controlled government controls all aspects of the Lebanese state that it wishes. These include the military, the telecommunications networks, and the international borders, airports and sea ports, among other things.

Today, Hezbollah has not merely refilled its depleted missile arsenals. It has tripled the size of its missile arsenals. In 2006, IAF strikes in the first 24 hours of the war knocked out all of Hezbollah's long-range missiles. Today, not only have those stocks been replenished, Hezbollah's arsenal includes missiles with ranges covering all of Israel, with larger payloads and many with guidance systems.

The lessons of the war are easy to see. And the Israeli public, which learned them five years ago, still hasn't forgotten them.

Generally speaking, the war taught us three lessons. The first lesson is that you can't convince terrorists to lay down their arms simply by walking away. Israel withdrew from its security zone in southern Lebanon in 2000. The withdrawal was a precursor to its withdrawal from Gaza in 2005. In 2006, Israel was attacked from both territories.

In the lead-up to both withdrawals, Israel's national leadership told the public that the only reason terrorists from these territories were attacking us was that we were there. If we went away, they would stop hating us and we would be safe. We were the problem, not them, so we could solve the problem by giving them what they wanted.

Although then-prime minister Ehud Olmert and then-foreign minister Tzipi Livni continued to push appeasement through their insistence that Israel surrender Judea and Samaria, the war of 2006 showed the public the folly of their plans. And at first opportunity, the public elected the Likud and other right-wing parties - which oppose appeasement - to form the current government.

The second lesson the public learned is that when a nation goes to war against an enemy that seeks its destruction, it must fight to win. You cannot fight a half-war against an implacable foe. And if you fail to win, you lose.

This is not how Israel fought the war of 2006. Partially due to pressure from then-secretary of state Condoleezza Rice and partially due to his own strategic incomprehension, Olmert believed it was possible to fight to a draw without losing.

In the event, there was only one way for Israel to defeat Hezbollah - by regaining control over southern Lebanon. Any other conclusion to the war would leave Hezbollah standing. And simply by surviving intact, as Lebanese Druse leader Walid Jumblatt warned at the time, the road would be paved for Hezbollah to take over Lebanon.

But Olmert - and Livni - wouldn't even consider retaking control of South Lebanon. The option was discarded contemptuously as a delusional recipe for forcing Israel back into the "Lebanese quagmire." The fact that the "Lebanese quagmire" came to Israel after we left Lebanon, and that it will only end when Israel defeats Hezbollah, was completely ignored.

Olmert's and Livni's reason for rejecting the one strategy that would have brought Israel victory is explained by the third lesson of the war. That lesson is that once a leader is ideologically committed to a policy of appeasement, he is unable to allow rational considerations to permeate his thinking.

The Olmert government was elected in 2006 on the basis of its plan to repeat the Lebanon and Gaza withdrawals in Judea and Samaria. During the war, Olmert told his supporters that victory in Lebanon would enable him to carry out his planned withdrawal from Judea and Samaria. And this was true. But because of the circular logic of appeasement, there was no way that Olmert could fight to win.

But because he was committed to appeasement, Olmert could not fight to win in Lebanon. The appeasement agenda is predicated on the disavowal of the notion of military victory and the embrace of the mantra, "There is no military solution."

But with their appeasement agenda reigning supreme - as appeasement agendas always do - instead of fighting to win, Olmert and Livni sued for a cease-fire. That is, they sought a diplomatic solution to a military problem. And since by not losing, Hezbollah won the military contest, it also came out the victor in UN Security Council Resolution 1701, which set the conditions of the cease-fire.

Resolution 1701 was a massive victory for Hezbollah. The resolution placed the international terror group run by Iran on equal footing with Israel, a sovereign state. The security arrangements in the resolution were an invitation for Hezbollah to rearm. It was pure fantasy to believe that the Hezbollah-dominated Lebanese government would block Hezbollah's rearmament. And it was utter madness to think that European military forces would lift a finger to prevent Hezbollah from reasserting full control over the border with Israel.

But again, if you accept the circular logic of appeasement - that always puts the burden of proof on the non-aggressor - then you will never learn these, or any other lessons. And as a consequence, appeasers will always and forever foment wars in the name of peace.

But in their wisdom, the American people elected Barack Obama to succeed Bush in the White House. And Obama has learned none of the lessons of the last war. Consequently Obama's current policies are increasing the likelihood of another war between Israel and Iran's Lebanese proxy in the near future.

Far from recognizing the nature of Hezbollah, the Obama administration has tried to wish away its implacability. Last May, Obama's counter-terrorism adviser John Brennan spoke of the administration's plan to cultivate "moderate elements" in the Iranian-run jihadist organization.

The Obama administration's notion that the US can adopt a nuanced approach to the terror group is put paid by Hezbollah's takeover of the Lebanese government, its growing capabilities in the Western hemisphere, its continued devotion to the cause of Israel's destruction, its participation in the killing of Syrian anti-regime protesters, and Iran's clear control over all aspects of the organization's operations. And yet, by all accounts, the administration refuses to acknowledge that there can be no nuance toward Hezbollah.

The dangers of Obama's rejection of these basic truths were exposed this week. Sunday the government approved the demarcation of Israel's territorial waters along the border with Lebanon. The borders will be submitted to the UN. 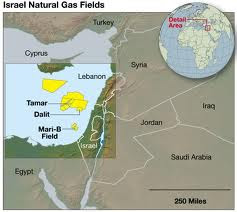 Israel's move was forced on it by the Obama administration.

The dispute over the sea border arose after Israel discovered massive quantities of natural gas in its territorial waters in 2009. Acting on orders from Hezbollah and Iran, the Lebanese government immediately claimed erroneously that the waters belonged to Lebanon. Last August, Lebanon submitted its claim to the UN.

Israel negotiated its maritime borders with Cyprus in 2007. The same year, Cyprus also negotiated its maritime borders with Lebanon. At the time, Lebanon did not claim the areas in which Israel has discovered natural gas deposits or the areas abutting those areas, which are suspected of similarly containing large natural gas deposits. Lebanon's current claim includes Israel's territorial waters abutting the gas fields it discovered in 2009.

In staking this false claim, as it did with the Shaba Farms on Mount Dov in the Golan Heights in 2000, Lebanon is setting up a casus belli against Israel.

Under the circumstances, the only rational policy that the US can possibly adopt is to loudly and strenuously back Israel's claim and reject all Lebanese contentions to the contrary.

Only by completely rejecting Lebanon's claim can the US deny Hezbollah and Iran the ability to use Israel's gas finds in its territorial waters as a justification for war.

Rather than do this, guided by its appeasement ideology, the Obama administration has refused to take sides. It urged Israel to submit its counter-claim to the UN - where it can bully Israel into accepting arbitration of the dispute by the inherently anti-Israel UN.

More generally, by refusing to take sides, the US is in fact siding with its enemy Iran and Iran's proxy Hezbollah against its ally Israel.