This week we have been witness to two transparent attempts to sell liberal American Jews a bill of goods. And from the looks of things, both were successful.

The first instance of liberal American Jewish credulity this week unfolded Monday night in Washington. At a five-star hotel, eighty Jewish donors shelled out between $25,000-35,800 to attend a fundraiser with US President Barack Obama.

Speaking of his ongoing efforts to force Israel to concede its right to defensible borders before entering into negotiations with the Hamas-Fatah unity government, Obama said, "There are going to be moments over the course of the next six months or the next 12 months or the next 24 months in which there may be tactical disagreements [between the US and Israel] in terms of how we approach these difficult problems."

Obama went on to say that he expects his American Jewish supporters to take his side in his attacks on Israel.

As he put it, the quest for peace between Israel and the Hamas-Fatah government is, "going to require that not only this administration employs all of its creative powers to try to bring about peace in the region, but it's also going to require all of you as engaged citizens of the United States who are friends of Israel making sure...that you're helping to shape how both Americans and Israelis think about the opportunities and challenges."

And how did the Jewish donors respond to Obama's presentation? They loved it. They were, in the words of Obama donor Marilyn Victor, "reassured."

Speaking with Politico, New York businessman Jack Bendheim said, "I think he nailed and renailed his commitment to the security of the State of Israel." Other attendees interviewed in the article echoed his sentiments.

Imagine how they would have swooned if Obama had confessed a secret love for bagels and lox.

What does Obama have to do for these liberal American Jews to accept that he is no friend of Israel's?

Apparently the answer is that there is nothing Obama can do that will convince his many American Jewish supporters that he is not Israel's friend. They will never believe such a thing because doing so will require them to choose between two unacceptable options. The first option is to admit to themselves that in voting for Obama, they are voting against Israel.

The self-righteousness shared by many of Obama's Jewish supporters makes this option unacceptable. These are people who demonstrate their goodness by embracing every politically correct liberal cause as their own. From abortion to socialized medicine to free passes for illegal immigrants, to opposition to the Iraq war, liberal American Jews are ready to go out on a limb for every cause the liberal media supports.

But ask them to support anything that in any way compromises their self-image as do gooders and liberals and they will shut you out. Consider their willingness to turn a blind eye to Obama's twenty-year association with his anti-Semitic preacher Jeremiah Wright. Just this week Wright was back in the news when he delighted a crowd of thousands of African American worshippers in Baltimore by libeling Israel saying, "The State of Israel is an illegal, genocidal ... place. To equate Judaism with the State of Israel is to equate Christianity with [rapper] Flavor Flav."

During the 2008 presidential campaign liberal American Jews attacked critics of Obama's long-standing devotion to his Jew hating preacher as McCarthyites who were spreading allegations of guilt by association.

And now, when Obama has made supporting Israel a socially costly thing for his supporters to do, rather than pay the price, his self-righteous American Jewish supporters refuse to admit that Obama is not pro-Israel. They attack as a liar anyone who points out that his policies are deeply hostile to Israel.

For instance, Monday National Jewish Democratic Council Chairman Marc Stanley told reporters, "Key donors are much more savvy than Republicans would have you believe and have taken a much more critical eye towards Republican attempts to lie about the President's record."

Aside from being morally inconvenient, the other problem with admitting that Obama is anti-Israel is that it requires his Jewish supporters who are unwilling to consciously abandon Israel to contemplate the unattractive option of voting for the Republican nominee for president. And this is something that their liberal conceit cannot abide.

The inability of many liberal American Jews to abide by the notion of supporting someone who isn't part of their fancy liberal clique was on display in their responses to another event that occurred this week.

Yale University's announcement two weeks ago that it was shutting down the Yale Initiative for the Interdisciplinary Study of Anti-Semitism (YIISA), unleashed a storm of protest. Students, faculty, alumni and major Jewish organizations all expressed anger and disappointment with Yale's surprise move.

Yale justified its decision on the basis of two falsehoods. First it claimed that YIISA had failed to undertake sufficient top quality scholarship. Yet in the wake of the announcement dozens of leading scholars of anti-Semitism co-signed a letter authored by Prof. Alvin Rosenfeld who directs Indiana University's Institute for the Study of Contemporary Anti-Semitism praising the YIISA as "a pioneer in advancing research on contemporary manifestations of anti-Semitism."

The second reason that Yale claimed it was closing YIISA was because there was insufficient faculty and student interest in its programs. This falsehood was ridiculous on its face since several dozen Yale faculty members served on YIISA's various academic committees and boards of advisors. And in the wake of the university's announcement that it was shuttering YIISA, several faculty members and students protested the move angrily. 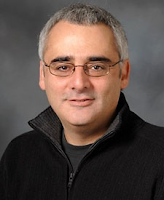 Monday Yale tried to quell the controversy surrounding its decision to close YIISA by announcing that it was forming a new institute called the Yale Program for the Study of Anti-Semitism. Yale announced that its tenured professor Maurice Samuels will serve as director of the program. Samuels is a scholar of French literature.

In his acceptance announcement Samuels addressed Yale's critics promising that "YPSA will discuss both contemporary anti-Semitism and historical anti-Semitism."

He also said that in the coming year YPSA will hold a major conference on the topic of French anti-Semitism.

Samuels' statement is notable for two reasons. First, if it is true, then the only difference between YPSA and YIISA is the director. And the only thing Yale was really interested in doing was firing Small. The question is why would they want to fire him?

The answer to that question appears to be found in the second notable aspect of Samuels' announcement: his planned conference. At a time when millions in post-Mubarak Egypt assembled in Tahrir Square and cheered as the Muslim Brotherhood's spiritual leader Yusuf Qaradawi called for the invasion of Jerusalem, and with Iran's President Mahmoud Ahmadinejad on the brink of nuclear weapons, why would YPSA want to place its focus on France?

Following Yale's announcement that it is launching YPSA, Small released a statement in which he said, among other things, "It appears that Yale, unlike YIISA, is not willing to engage in a comprehensive examination of the current crisis facing living Jews, but instead is comfortable with reexamining the plight of Jews who perished at the hands of anti-Semites. The role of a true scholar and intellectual is to shed light where there is darkness, which is why we at YIISA, are committed to critical engaged scholarship with a broader approach to the complex, and at times controversial context of contemporary global anti-Semitism."

As Small hints, it appears that by forming YPSA, Yale proved its critics right. It closed YIISA because it found Small's concentration on Muslim Jew hatred ideologically problematic. And it opened YPSA because Yale's admininistrastors' trust Samuels to keep researchers and students focused on historic forms of anti-Semitism.

To offset criticism of its transparent move, Yale has been waging a whispering campaign against Small. Yale administrators have been insinuating that because the university did not hire him as a regular member of the Yale faculty that Small is not an academic, or somehow not good enough for Yale.

This campaign brought Holocaust scholar Prof Deborah Lipstadt from Emory University to pen a column in the Forward attacking Small. As she put it, "Part of Yale's discomfort might have come from the fact that a Yale-based scholarly entity was administered by an individual who, while a successful institution builder, was not a Yale faculty member and who had no official position at the university."

But Small was in fact on the Yale faculty. He was a lecturer in the Political Science department and ran one of Yale's post-doctorate and graduate studies fellowship programs. Despite his intensive work building YIISA, Small taught a heavy course load.

Yet while its actions vindicate its critics' greatest concerns, just as Obama was able to win over his Jewish supporters with empty platitudes so Yale's decision to open YPSA has satisfied its most powerful critics. The ADL released a statement applauding the move. Yale's Rabbi James Ponet emailed his colleagues and friends and urged them to email Yale's President and Provost expressing their support for the move.

Their willingness to support Yale's bid to curtail research and discussion of Islamic Jew hatred and allow Yale to scapegoat Small demonstrates an affliction common to liberal American Jews today. It is the same affliction that makes them unable to countenance voting for a Republican. That affliction is class snobbery. By insinuating that Small is not up to Yale's academic standards, Yale was able to rally the Jewish members of its larger community by appealing to their snobbery. The fact that Yale didn't mind Small serving as a dissertation advisor to its doctoral candidates is immaterial. The facts be damned.

The same Ivy League snobbery that makes it socially unacceptable to vote for a Republican - and certainly not for a Sarah Palin or Michele Bachmann despite their deep-seated and consistent support for Israel - is what allowed Yale to get away with ending its study of Islamic anti-Semitism by besmirching Small's academic achievements and good name. Remove him from the club, and you end opposition to his academically unjustifiable firing.

The great circus master P.T. Barnum said famously that there is a sucker born every minute. Liberal American Jews aren't born suckers. They become suckers out of their own free will.

Jeremiah Wright: Israel is to Judaism as Flavor Flav is to Christianity - JTA

Yale and Anti-Semitism: Round 2? - Commentary Magazine