The race to replace former Congresswoman Jane Harman (D) in California's 36th District recently took a heated turn, when one conservative candidate was booed and threatened. 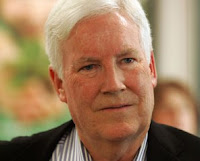 Conservative candidate Craig Huey (R) was booed during his remarks at a recent candidates' forum in Venice. All contenders competing for Harman's seat addressed the crowd, which consisted primarily of liberals, progressives, and Hollywood-types. Huey says he was hissed and interrupted every time he spoke or tried to answer a question. And when asked about his stance on Israel, the crowd was outraged.

"The issue of Israel came up, and I talked about [how] there should be no compromise in our defense of Israel, no compromise in keeping the integrity of Jerusalem, not dividing it, [and] that it's the only true democracy in the Middle East," the conservative accounts. "I went on about Israel, [and] people thought that the audience would get violent."

The business owner and longtime political activist explains that roughly 50 percent of the Venice forum crowd support a liberal candidate who is anti-Israel. Consequently, Huey, his wife, and colleagues were fearful for his physical safety.

"At the very end, what basically happened was my wife and I went out towards the back, and the campaign managers of some of the other candidates came up to us and said, 'You better have security take you outside because it's just not safe for you to go out to your car by yourself," he explains.

The election to replace Harman will take place on May 17.

Should Christians support the nation of Israel? - GotQuestions.org