The Work of the Holy Spirit Among the Unsaved

As believers, we frequently speak about the various ministries the Holy Spirit performs in our individual lives and also within our churches. However, there are also ministries that the Spirit accomplished in our lives before we became Christians. The Scripture speaks of the work of the Holy Spirit among the unsaved. It is important that we understand what the Spirit seeks to accomplish in the lives of unbelievers so that we can cooperate with His agenda and thus be used by Him in the lives of non-Christians.

Christ addressed this issue in John 16:8-11, during His Upper Room Discourse (John 13‒17), as He unfolded to His disciples many truths related to the Spirit’s activity. Christ introduced this topic when He said, “But I tell you the truth, it is to your advantage that I go away; for if I do not go away, the Helper will not come to you; but if I go, I will send Him to you. And He, when He comes, will convict the world concerning sin, and righteousness and judgment” (John 16:7-8). In the subsequent verses, Jesus amplifies exactly what He meant by the Spirit’s conviction of unbelievers in the areas of sin, righteousness, and judgment.

First, Christ explained the Spirit’s conviction of sin in the unbeliever when He noted, “concerning sin, because they do not believe in Me” (John 16:9). Interestingly, the word “sin” is singular. This singular sin is explained in the rest of this verse as unbelief. There is only one sin of which the Spirit convicts the unbeliever, and that sin is failure to believe in Christ. This one sin sends the unbeliever to a Christ-less eternity (John 3:36). This is the very sin that the Spirit strives to bring to the unbeliever’s attention. Rather than seeking to morally reform the unsaved, the Spirit seeks to make them aware of their failure to believe in Christ. After a person comes to Christ, then the Spirit will convict them of other sins. But such sanctification cannot transpire until the unbeliever first becomes a Christian. There is only one condition that must be satisfied for a person to become a Christian and this one condition is faith (John 3:16; 6:28-29; 20:30-31; Acts 16:31; Rom 1:16). This reality explains why the Spirit is so intent in convicting the unbeliever of the specific sin of unbelief. In other words, rather than convicting unbelievers of gambling, drug abuse, pornography, or having a bad temper, etc...the Spirit convicts them of unbelief in Christ. Thus, the Spirit’s work in the unbeliever is soteriological in nature (salvation related) rather than moral or ethical. 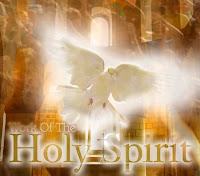 Third, Christ explained the Spirit’s conviction of judgment in the unbeliever when He said, “and concerning judgment, because the ruler of this world has been judged" (John 16:11). In other words, Christ's imminent crucifixion would play an integral role in Satan's defeat. From Genesis to Revelation the Scripture informs us that Satan is a defeated foe (Gen 3:15; Isa 14:12-15; Ezek 28:12-17; John 12:31; 16:11; Rom 16:20; Col 2:15; Heb 2:14; 1 Pet 3:19-20; 1 John 3:8; Rev 12:9; 20:2-3, 10). Thus, those who align themselves with Satan rather than Christ are destined to share in Satan's ultimate defeat. Although hell was originally created for Satan and his angels rather than human beings (Matt 25:41), those who follow Satan are destined to experience his same fiery fate. Thus, the Spirit seeks to convict unbelievers of this reality so that they can change their eternal destiny by aligning themselves with Christ's ultimate victory. When someone trusts in Christ's provision of salvation by grace through faith, he is no longer destined to participate in Satan's defeat but rather is connected to Christ and thus is on the winning side of history. Such an opportunity to change one's destiny is a reality that the Spirit works to make clear to every unbeliever.

We should be thankful for how the Spirit convicts unbelievers of sin (unbelief in Christ), righteousness (our need for Christ's imputed righteousness), and judgment (the opportunity to avoid sharing in Satan's ultimate destiny). Without such conviction, no one would ever be saved. Knowledge of the Spirit's work and role in relation to unbelievers helps us as Christians to know how we can effectively and strategically be used by Him in our role of evangelism. Such an awareness shows us what things to focus on when we evangelize unbelievers.

The Holy Spirit in Relation to the Unsaved World - Bible.org (John F. Walvoord)