Sucker Two-Punch: What Next?

More and more economists, policymakers and investors are becoming ever more certain that the good times are here again. Not even the crises in Japan, the Middle East, Europe and China can quell the prevailing mood of resolute complacency. Apparently, the effects of the Global Financial Crisis (GFC) are long past. However, this couldn’t be further from the truth. The soothsayers are unable to discern cause from effect; artifice from reality; wisdom from folly. Time will judge today’s policymakers and opinion leaders.

The stark reality is really this: Conditions are not getting better, Actually, the long-term outlook is becoming darker. The Global Financial Crisis is not over; only shifting and morphing into new forms. An unprecedented mix of factors is playing out at present around the world (geopolitically, socially, economically and financially). Whether these factors may be disastrous or not, they surely do not warrant an attitude of complacency.

One key difference is that a “balance sheet depression” is unfolding in America and several other countries … though admittedly in fits and spats. What is meant by this term is the phenomenon whereby falling asset values (i.e. residential and commercial real estate) and high debt levels collide, causing debt levels to be reduced (either through default or repayment). These are usually long-running adjustments requiring many years to complete at best, provided that governments and monetary authorities do not interfere in this essential process.

Just where do we see debt levels declining today? Actually, policymakers are doing their dastardly best to frustrate responsible debt loads. By slashing interest rates to near-zero levels they frustrate savers, making debt even cheaper (provided lenders are willing to lend and that the borrower’s credit rating qualifies). Secondly, governments have turned to massive and unprecedented borrowing, so to counteract the decline in consumer confidence and spending. All in all, seen in the aggregate, debt levels are not declining. Overall debt levels are still rising as increases in government and corporate borrowing are out-running the debt decline in the household sector. This is what is playing out in many nations (certainly the U.S., the UK and perhaps soon such nations as Spain and others). 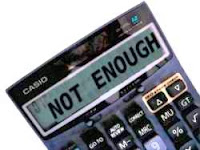 In the meantime, the average household continues to be squeezed. Income growth remains low, unemployment extremely high, house prices are still falling, and the cost of living rising. After adjusting for the effects of inflation — this including the impact of rising food and energy prices — the average American household is now experiencing negative “real” income growth. And, even as property prices have declined by a third since 2006, property taxes have risen by 27%. Yet, Wall Street economists are more confident than ever since the GFC struck, that a “solid” recovery is underway. Financial markets have again become frothy, as financial speculation is being encouraged by policymakers who believe that a “wealth effect” will help to get economies rolling again.

The strangest spectre to observe — tempting rational people to apoplexy — is that apparently very few policymakers and economists seem to have learned any lessons over the past several years. The very same conditions that led to the big financial bubble burst in the first place — overpriced houses, mispriced asset-backed paper, speculative financial and commodity markets, carry-trade lending, high borrowing and debt levels … etc. — are now being promoted in the hope of reigniting the financial good times (i.e. bubble).

Do they really think that these policies will somehow not lead to yet another crisis? It certainly will. Of course, this is known, and therefore reveals the deep corruption at work. The intent is to perpetuate what is unsustainable (this evidencing dishonesty) for a while longer, pushing off the inevitable costs to others in the future. We can indeed expect a much bigger crisis … and possibly very soon! (No doubt, we will then experience the usual clamour for our books. But unfortunately, much too late!)

All of this folly reminds us of several Bible accounts. The coarsest is found in Proverbs 26:11:

“As a dog returns to its vomit, so a fool repeats his folly.”

In the Old Testament we read of Jeremiah who had long warned the people of Judah of the dire consequences to their excesses, idol worship, and sinful carousing. They instead chose complacency rather than fearing sin and God’s authority; to live it up and live according to their lusts. Eventually, God did allow the Israelites to be punished. Then the bad times hit. What was the response of the people? It was not remorse. Instead, they pined for what they still regarded as the former “good times.” They chose to blame Jeremiah for depriving them of their former hedonism.

“We will not listen to the message you have spoken to us in the name of the LORD! We will certainly do everything we said we would: We will burn incense to the Queen of Heaven and will pour out drink offerings to her just as we and our fathers, our kings and our officials did in the towns of Judah and in the streets of Jerusalem. At that time we had plenty of food and were well off and suffered no harm. But ever since we stopped burning incense to the Queen of Heaven and pouring out drink offerings to her, we have had nothing and have been perishing by sword and famine” (Jeremiah 44:16-18).

According to the New Testament, the same type of response is to be expected again. We conclude that the basic character of human beings has not materially changed these last 3000 years. Despite the many travails that come about in the Tribulation period, on at least three occasions we read in Revelation that mankind still refuses to forfeit their idolatries. For example:

The rest of mankind that were not killed by these plagues still did not repent of the work of their hands; they did not stop worshiping demons, and idols of gold, silver, bronze, stone and wood — idols that cannot see or hear or walk. Nor did they repent of their murders, their magic arts, their sexual immorality or their thefts” (Revelation 9:20-21).

Loosely interpreted, despite the punishments, people continued to prefer to hold on to their idolatries and lusts (i.e. financial, corrupt monetary systems, and otherwise). Moreover, once the hard times came about (these being a direct consequence of the prior excesses) rather than wanting to change their ways, they instead longed for
bacchanalian revelry of former times.

Looking ahead, what is wrong with this picture? Would you need to be a highly-paid economist working on Wall Street to draw a correct conclusion?From these few facts, what should be the diagnosis? Why, of course, economic conditions are improving! But for whom?

The biggest death knell of all is this: With interest rates having plunged (and still remaining relatively low at this time) the cost of retirement has soared. This is a catastrophe that is rarely discussed in the public arena.

Were one to invest one’s pension in a 5-year treasury bond, you would today need a pension fund that is more than twice the size of 3 years ago to generate the same amount of income. “Yes,” say the quantitatively-trained economists who know relatively little about causal economic theories, “but that is not inflation.” Of course it is. For the middle class household, a retirement nest egg (whether a pension or other forms of savings) is the biggest purchase they will make in their lifetime. Now, to a large extent, the future purchasing power of retirement savings has been pillaged. Unfortunately, this fact has not yet sunk in with many people.

The second biggest household purchase is a home. The collapse of home values (combined with a senseless increase in mortgage debt) obliterated the net worth of a large number of households headed by members of the 45 to 64 year cohort. Overall, home net equity has plunged to an all-time low. (This being the most disastrous event for America — and Israel — in our view.) These two wealth devastations for middle class America really amount to a sucker two-punch. What to do next?

History suggests that there are only a few outcomes possible. Over-indebtedness can be dealt with in one of three ways: 1. Default. 2. Massive inflation, thus shrinking the size of historical debts (though this leading to ultimate bust, as well); 3. Or the hard way — by saving and slowly paying down debts. However, if the situation is also marked by a condition of an extreme wealth distribution imbalance (as it most always is), much more volatile outcomes are likely. Indeed, as mentioned, wealth distribution today in many nations (also the U.S.) is the most extreme since the 1920s, if not at an all-time record. A thought for reflection is this: The bloody French Revolution was instigated by the very same conditions.

Finally, in dealing with these perplexities, we must not forget where to keep our focus.

“So I tell you this, and insist on it in the Lord, that you must no longer live as the Gentiles do, in the futility of their thinking. They are darkened in their understanding and separated from the life of God because of the ignorance that is in them due to the hardening of their hearts. Having lost all sensitivity, they have given themselves over to sensuality so as to indulge in every kind of impurity, with a continual lust for more” (Ephesians 4:17-19).