For some time, I have been raising the alarm that evangelical Christianity has been infiltrated by theological leftists. Among other things, this impacts our nation’s view of Israel.

Recently, I was made aware of a movement of young evangelicals who are embracing what the British lecturer Paul Wilkinson calls “Christian Palestinianism.” Loosely, this means a Christian who supports the Palestinian Arabs, and dismisses Jewish claims to the land. Obviously, these “Millennial Generation” Christians (18-34) do not embrace Bible prophecy. Their worldview is different.

A battle for Israel is being fought in the United States right now. Traditionally, Americans have supported the Jewish state, and the U.S. has always been one of the few friendly havens for Jews. I believe that is changing. 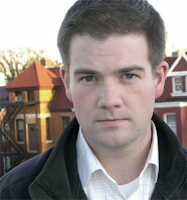 Chris LaTondresse, CEO of Recovering Evangelical (recoveringevangelical.com) is such a leader. By embracing new media and technologies, they are reaching vast numbers of young people. To be perfectly frank, while many of us in the Bible prophecy community cling to old models in presenting our worldview, young people aren’t paying attention at all. They are running to the “recovering evangelicals.” Listen to what LaTondresse posted on his website:

“Our generation’s tutors are child-soldiers in Uganda, girls rescued from sex-slavery in Thailand and homeless youth living in the crumbling remains of America’s inner-cities. Our primary classrooms are Brazilian favelas, rural villages in Kenya and bombed-out neighborhoods in Gaza. These people aren’t our causes. They’re our friends.

“For these reasons and more, we’re turned-off when faith becomes a bludgeon used to condemn those outside of our tribe. We think the world needs fewer culture warriors and more peacemakers, reconcilers and bridge builders.”

Of course, he is interested in building bridges with those of like-mind. I seriously doubt the young evangelicals who consider themselves centrists or left-leaning are interested in building bridges with what I’d call Bible-believing Christians. And, it is perfectly acceptable for them and Brian McLaren and Tony Campolo — mentors of a sort — to use their faith as a bludgeon against those with whom they disagree. Amazingly, McLaren is considered to be a voice of reason and a compassionate voice, at the same time he lambasts Bible-believing Christians.

LaTondresse has been impacted by the teachings of Elias Chacour, a Palestinian Catholic from the Galilee who promotes the “Palestinian narrative” which essentially blames the Arab refugee problem on Israel. As LaTondresse claims, Chacour “loves Jesus,” but one isn’t clear if these men acknowledge that Jesus is a Jew. Certainly, the godfather of modern terrorism, the self-proclaimed leader of the Palestinian people, Yasser Arafat, absurdly identified Jesus as a Palestinian. This lie has also been peddled by such “evangelical icons” as Phillip Yancey.

The leadership team of Recovering Evangelical, seven-strong, is comprised of college graduates — including one from Princeton Theological Seminary. One hundred years ago, Princeton was in the midst of a transformation from being a bastion of conservative scholarship, to a liberal school. That is why such wonderful teachers as Robert Dick Wilson departed Princeton. The spirit of the age was against them, and it is against us.

Interestingly, one of Recovering Evangelical’s senior contributors, Brian Kammerzelt, currently serves on the faculty at Moody! He also taught at Wheaton, which many Christians do not realize is more liberal than conservative. He also attended Willow Creek, the seeker-friendly church in north Chicago started by Bill Hybels.

Hybels’ wife, Lynne, has become more and more vocal about supporting the Palestinians. On her blog (lynnehybels.blogspot.com), she recently posted some comments about a sermon her husband had delivered the month following the 9/11 attacks.

Predictably, Bill Hybels decried what he described as unfair characterizations of Muslims, by Americans. This after 19 Muslim terrorists had murdered more than 3,000 Americans. ABC’s Peter Jennings went down the same path, almost immediately holding a town-hall meeting to present Muslims as misunderstood peaceniks.

Lynne Hybels wrote this about her husband’s message:

Lynne Hybels also spoke at the “Christ at the Checkpoint” International Conference, organized by Palestinians and Christians who oppose Christian Zionists. On the website (christatthecheckpoint.com), we also learn that Tony Campolo characterizes Christian Zionism as “theology that legitimates oppression.”

Christian Zionism is a theology that legitimates oppression? That is a lie.

These kinds of potshots and smear tactics against Christians who support Israel are growing in number. Christian Zionists, in my view, must determine to do two things:Leftists will always present themselves as reasonable, compassionate, “careful thinkers.” They focus heavily on social justice issues, and love causes that would make the Pacifists’ Hall of Fame.

Yet there is a malevolence associated with their loathing of Christian Zionists. Check it out for yourselves.

We have work to do.

What is Zionism / Christian Zionism? - GotQuestions.org