Across the Middle East, people weary of repression, poverty, and corruption have taken to the streets, calling for revolution and reform. Since most dictators only envision their subjects as having absolute adoration for them, the sight of massive crowds calling for their downfall must come as a huge shock.

The first to go was Tunisian leader Zine El Abidine Ben Ali. He fled to Jeddah, Saudi Arabia, in mid-January. Some reports say he had a stroke, fell into a coma, and may have died.

Egyptian President Hosni Mubarak has managed a more graceful retirement from office. After conceding to protesters, he settled in the Egyptian Red Sea coast resort town of Sharm El-Sheikh.

Many of the Persian Gulf states have managed to hold on to power by offering up token concessions to their countrymen:

Libya's leader Moammar Gadhafi is likely to be the next to fall. He is rapidly losing control of that nation. Eastern Libya is now being administered by a loose alliance of tribal leaders. Many of Gadhafi's government officials have joined the opposition.

The unrest in Libya has been the bloodiest. Gadhafi has ordered his military to fire on protestors. He even had jets bomb unarmed crowds. The foreign minister of Italy, Franco Frattini, said more than a thousand people have been killed in the uprising so far.

The death toll may climb dramatically higher before Gadhafi is removed from power. He has already proven himself to be a cold-blooded killer. Some of the statements made in recent days have reinforced the long-held belief that he is mentally unstable. 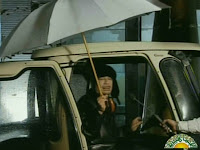 When rumors circulated that he may have fled the country, Gadhafi made an address while sitting in a car, holding an umbrella out the door.

“I am here to show that I am in Tripoli and not in Venezuela. Don't believe those misleading dog stations.”

In one speech, Col. Gadhafi told Libyans that the protesters were fueled by drinks spiked with hallucinogenic drugs and were acting on the orders of Osama bin Laden.

“Their ages are 17. They give them pills at night, they put hallucinatory pills in their drinks, their milk, their coffee, their Nescafe,” he said in a telephone interview with Libyan state television.

Times might be tough for dictators, but don’t look for a wave of freedom to sweep over the Middle East. The most likely course is for the situation to go from bad to worse. The political void may soon be filled by Islamic militants. Compared to them, Hosni Mubarak and Moammar Gadhafi might as well be George Washington and Abraham Lincoln. During the past few decades, they maintained a peace with Israel.

The upheaval is very bad news for Israel. Since Bible prophecy predicts that someday the Jewish state is going to be attacked by several of her Arab neighbors, stability has been Israel’s friend. The changes we are seeing now could be an indication that time is running out.

Could the next Mideast uprising happen in Saudi Arabia? - Washington Post