This weekend I travel to Nashville for the National Religious Broadcasters (NRB) convention. Part of my activities there will be attending a prayer breakfast for Israel.

It will be good to be among friends.

This week is a good opportunity for me to practice what I preach: that God watches over Israel, and also over the rest of us, and in His provision for the Jews of Israel, we see Him moving powerfully in our own day. 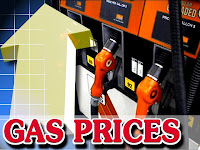 There are very ill winds blowing.

On the one hand, watching events unfold in the Middle East is breathtaking, as Joseph Chambers so aptly puts it. Yet, we also know that the political demise of Middle East strongmen has an effect on oil prices. I do not think we have yet seen the ceiling on gas prices, and we all know how that can affect a fragile economy. Those kinds of “adjustments” cause us to look at what we eliminate. For too many people, that will be food vs. medicine.

And what about truckers? Food prices? The ripple effect on the “democracy revolutions” in the Middle East greatly affects the rest of the world. As David Kupelian of WorldNetDaily explained it, Libya is an OPEC country, and many of us remember the long gas lines, due to OPEC nations boycotting the U.S. support of Israel.

Today, though, the most depressing aspect of all this is the fact that America is moving toward Israel’s enemies. I well remember Avi Lipkin discussing his dinner with Texas oilmen two decades ago, in which they told the Israeli that America was through bailing-out Israel, especially if oil supplies were affected.

On a personal level, I had two depressing conversations with pastors this week, two men who work against Israel. Then a good friend who is an articulate and passionate defender of Israel pointed out the growing efforts from famous Christian leaders to marginalize Israel. I suspect I will see some of them at NRB (although historically, the group has been strongly pro Israel).

I am very excited about seeing some new friends in Nashville, ZAKA (the Israeli disaster-relief group — www.zakafamily.org). The prayer breakfast will be nice. There will be other meetings.

Yet I feel heavy and burdened today — just being honest — about where things are. It’s one thing to see avowed enemies of Israel saber-rattling. It’s another to talk with American Christians who feel that the Jews deserved the Holocaust, that they foment violence in the Middle East, etc.

What a weird, weird time to be alive. Israel not only battles close enemies, but other fronts have opened. The growing evangelical coldness is the most recent and most depressing, on a personal level. If it is this depressing now, what will it be like in two years?