Conscience Trampled by the Regime

The Obama administration has revoked nearly all of the conscience protections put in place by the administration of President George W. Bush. The policy change came just today, and was released as a new rule from the Department of Health and Human Services. As Rob Stein of The Washington Post reports, “The Obama administration rescinded most of a federal regulation Friday designed to protect health workers who refuse to provide care they find objectionable on personal or religious grounds.”

In this case “most” means almost all of the previous rule has been rescinded. Stein described the action by stating that the Obama administration had “eliminated nearly the entire rule.” All that remains are protections put in place previously covering medical personnel who object to abortion or sterilization. Gone are all protections for those who object by conscience to abortifacient drugs and “emergency” contraceptives, the treatment of gay men and lesbians, and prescriptions for birth control sought by single women. In these cases, medical personnel have objected that their conscience and understanding of medical ethics do not allow them to facilitate acts and behaviors that are both immoral and unhealthy.

The Obama administration said that the Bush era rule was “unclear and potentially overbroad in scope.” Rob Stein explained the concern this way:

The Bush regulation, if enforced, would have cut off federal funding for thousands of entities, including state and local governments, hospitals, health plans and clinics, if they did not accommodate doctors, nurses, pharmacists or other employees who refused to participate in care they felt violated their personal, moral or religious beliefs.

That wording implies that the normal expectation should be that health programs and providers should not “accommodate doctors, nurses, pharmacists or other employees who refused to participate in care they felt violated their personal, moral, or spiritual beliefs.” 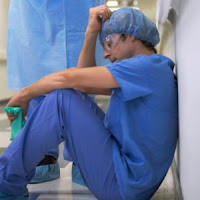 In other words, the Obama administration is now ready to use the coercive power of the state to force medical personnel to perform acts they consider to be morally wrong and unhealthy for their patients. One obvious implication of this is that the state now finds it necessary to force medical professionals to do what they by conscience do not think is right. Allowed to act by conscience, these medical professionals clearly would not do what the state now requires them to do.

Just imagine how our nation’s founders would consider such a tyrannical trampling of individual conscience by the power of the state. From a Christian perspective, this should serve as a clear alarm for those who suggest that it is paranoid to believe that the state will use similar force to require other acts against conscience. The logic is right here for all to see, and only the willfully blind can deny what this new policy means.

[The new policy is available here in as a PDF document.]