Will Collapse of Lebanon's Government Lead to War?

Lebanon’s Hizballah terrorist militia pulled out of the ruling unity coalition on Wednesday and toppled the government of Western-backed Prime Minister Saad Hariri. A top Israeli expert insisted the development will not lead to a civil war or another Israeli-Hizballah war, but others in the region are not so sure, especially when looking at the long-term situation.

Hizballah and its allies in the Lebanese parliament pulled out of the government in protest over the imminent conclusion of the international investigation into the 2005 assassination of former Prime Minister Rafik Hariri, father of the current prime minister.

Hizballah and its Syrian sponsors are expected to be named as the chief suspects in the assassination. Hizballah and Syria had demanded that the younger Hariri stop cooperating with the international tribunal. 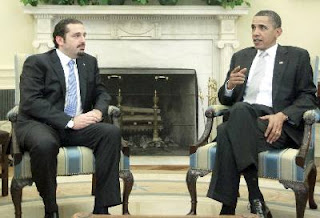 Saad Hariri was in Washington when Hizballah pulled its stunt. US President Barack Obama said that toppling the Hariri government demonstrated Hizballah’s fear over Lebanon operating as a true modern democracy, a development that would push the radical terror group to the fringes.

While the stage appeared set for the kind of internal clash that in the past has inevitably spilled over into northern Israel, Ilan Mizrahi, former deputy head of Israel’s Mossad spy agency, said he doesn’t see that happening this time around.

In a conference call with journalists, Mizrahi said the move was certainly a play by Hizballah to gain more power, but that he believes the group will achieve its aims via diplomatic pressure by Syria and the political weakness of the Hariri government.

“All parties will do their best to avoid civil war, and I think they will succeed in avoiding it by paying a certain price to Hizballah,” said Mizrahi. Hizballah already enjoyed veto power over major government decisions as part of the unity coalition deal signed more than a year ago.

The Arab League was less optimistic, and its leaders on Wednesday were scrambling to calm tensions in Lebanon and, in the words of Arab League Secretary General Amr Mousa, “extricate Lebanon from the dangers of civil war.”

Others in Israel view the situation as Mousa does, and additionally fear that Hizballah could directly provoke a confrontation with Israel to divert attention from the findings of the Hariri tribunal. Alternatively, Hizballah could use its superior military forces to finally fully take over Lebanon, which, again, would lead to war with Israel.

Even if Mizrahi is correct, and all Hizballah is looking for right now is more political leverage and power, the reality remains that Hizballah is increasingly the true ruler of Lebanon, which means Lebanon is little more than a vassal of Iran. And there is no way that scenario does not eventually lead to war with Israel.