Last week, the organization known as Wikileaks published the third installment of stolen classified U.S. government documents. Previously it released hundreds of thousands of battlefield reports on Iraq and Afghanistan, which endangered our troops and compromised our operations.

The latest documents expose the inner workings of U.S. diplomacy, which, at best, embarrasses the administration. But these candid assessments by American diplomats with comments attributed to foreign leaders provide valuable insights, especially regarding the crisis with Iran.

The Islamic Republic of Iran is a major theme in the Wikileaks documents which reveal five important conclusions:

First, many Arab leaders are deathly afraid of the Persians. The cables indicate Arab officials are privately much more concerned about Iran’s nuclear program than they admit publicly.

One cable asserts King Abdullah of Saudi Arabia repeatedly asked Washington to “cut off the head of the snake” – a reference to Iran — “ while there is still time.” Another Saudi official warned if Iran is not stopped, Arab states would develop their own nuclear weapons.

Abu Dhabi’s Crown Prince Mohammed Bin Zayed Al-Nayan labeled Iran an “existential threat” and warned against the dangers of “appeasing Iran” because “Ahmadinejad [Iran’s president] is Hitler.” Bahrain’s King Hamad Bin Isa al-Khalifa accused Iran of being the source of “much of the trouble in both Iraq and Afghanistan.”

Part of the Arab leaders’ fear may be questions about the perceived instability of Iran’s leader. In 2005, then commander of the U.S. Central Command, Gen. John Abizaid, met with military leaders from the United Arab Emirates who, according to a cable, “all agreed with Abizaid that Iran’s new president Ahmadinejad seemed unbalanced, crazy even.”

Second, military action against Iran is favored by many Arabs but an Israel-alone success is doubtful. Back in 2005 Crown Prince Bin Zayed asked whether it would be possible to use air power to “take out” all of Iran’s nuclear facilities. A U.S. official said in a cable that was unlikely, to which the prince responded, “Then it will take ground forces!” 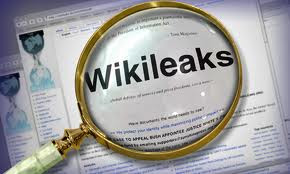 There are other like minded Arab leaders. Cables indicate Kuwaiti interior minister Jaber Al-Khaled Al-Sabah told a U.S. official in 2009 Iran “will only be deterred from achieving its objectives – including a nuclear weapons capability – by force.” Bahrain’s King Hamad warned Gen. David Petraeus in 2009, “The danger of letting it [Iran’s nuclear program] go on is greater than the danger of stopping it.” Earlier this year Saudi King Abdullah encouraged the U.S. national security adviser, retired Gen. James Jones, to use covert ways to weaken Iran.

Secretary of Defense Robert Gates was in Paris this spring where he was asked by French officials whether Israel could successfully strike Iran without American support. A cable indicates Gates said, “He didn’t know if they would be successful, but that Israel could carry out the operation.” Then Gates added that any strike “would only delay Iranian plans by one to three years, while unifying the Iranian people to be forever embittered against the attacker.”

Third, no one knows for certain when Iran might have an atomic weapon, but the time for action is rapidly drawing to a close. Crown Prince Bin Zayed expressed a common worry among Arab leaders. It “is not how much we know about Iran, but how much we don’t,” Bin Zayed said.

Ehud Barak, Israel’s defense minister, shares the crown prince’s concern about the unknown. In a secret June 2009 cable, the American ambassador to Israel reported Barak argued the world had 6 to 18 months “in which stopping Iran from acquiring nuclear weapons might still be viable.” After that, Mr. Barak said, “any military solution would result in unacceptable collateral damage.”

The Israeli was pointing out the time remaining in which a conventional strike would be possible. Apparently the Israelis understand Iran is hardening its nuclear facilities and at some point only nuclear weapons would be effective and therefore “unacceptable.” Barak’s 18 months expire this December.

Leaked cables confirm Iran obtained advanced missiles from North Korea that can reach European capitals. One cable insists North Korea sent Iran 19 BM-25 advanced missiles, a Russian-designed nuclear capable missile. Apparently the Russians were skeptical when presented with the allegation, according to a cable, that is until last month when Pyongyang rolled out what experts identified as a BM-25.

China helps North Korea transfer dangerous items to Iran and allows the sale of banned materials to Tehran as well. A 2007 cable detailed the transfer of missile parts from North Korea through Beijing, where the parts were loaded on an Iranian commercial aircraft. Earlier this year U.S. Secretary of State Hillary Clinton asked the Chinese to stop Iran from buying gyroscopes and carbon fiber for its ballistic missiles, and another cable indicates Chinese firms sold Iran precursors for chemical weapons.

Fifth, the U.S. likely paid a high price for China’s and Russia’s erstwhile anti-Iran economic sanction support. Both nations have traded extensively with Iran and were reluctant until incentivized to support new sanctions out of concern for their economies, according to cables.

China imports nearly 12% of its oil from Iran and feared its support for new economic sanctions designed to pressure Tehran would jeopardize that supply. But a series of cables suggest a U.S. envoy facilitated meetings between the Saudis and the Chinese to fix the problem. A 2010 cable confirmed the fix: “Saudi Arabia has told the Chinese that it is willing to effectively trade a guaranteed oil supply in return for Chinese pressure on Iran not to develop nuclear weapons.” The cables do not reveal America’s cost to land the deal.

Wikileaks is a criminal organization which should be shutdown and the U.S. government needs to better secure our secrets. But this security tragedy has a silver lining: It validates Israel’s many warnings about Tehran and exposes Obama’s failing Iran policy. It is past time Obama develops a strategy that capitalizes on the collective angst to prevent Tehran’s mad mullahs from acquiring atomic weapons.

US embassy cables culprit should be executed, says Mike Huckabee - The Guardian