As we approach the final days of 2010, my thoughts turn to another period that is inexorably drawing to a close. This time is variously known as the Age of Grace, the "time of the gentiles" or the Church Age. If you're a regular viewer of this program, you know that all of the essential prophecies foretold to precede the return of Jesus Christ for His Church have been fulfilled. He could call for us at any moment. Yet while we remain, we have front row seats to the playing out of the "end-times" prophetic scenario. Every day, we are witnessing the coming together of conditions that must be in place for the arrival of the Antichrist and the False Prophet.

This week, I'll begin a two-part series called "Global Government Rising." You've heard me say before that there are four final conditions that had to be in place to set the stage for the coming of "the lawless one." These are: the uniting of the European countries that are from the people and culture of the fallen Roman Empire; the decline and fall of the United States as an independent, sovereign world power; the uniting of the world's economies under a central control; and movement toward a one-world government with authority over all peoples and nations. In Part One, I'll examine in depth how the last three of these required conditions are rapidly taking shape. 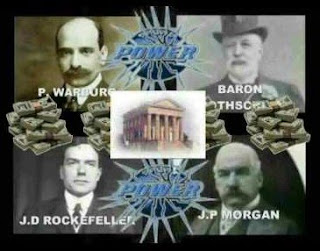 I'll discuss some of the historical events and developments that have led America to this critical moment in her history, such as the Council on Foreign Relations, the Warburg family, and the birth of the Federal Reserve. Each has played a pivotal role in setting the stage for a new global order.

I'll also examine the economic philosophies known as Socialism and Fascism. Like me, you'll be amazed at how many characteristics of these two systems are manifesting themselves in our nation today.

Finally, I'll share with you my thoughts about how this accelerating march toward a one-world government directly challenges the world order that God instituted in Genesis 11 and prepares the way for the unveiling of the Antichrist.

Every day brings news of another crisis, another bailout, another affront to our individual rights, another threat to our nation's heritage, freedoms, and liberties. Jesus commanded us to recognize the signs of the season so that we'll know when the time of redemption is drawing near. That's why it's important that we study these developments with a clear eye and an open heart.

Who is the false prophet of the end times? - GotQuestions.org