Ever since signing the so-called “Oslo” accords with Israel 15 years ago, the Palestinians have failed to fulfill even their most basic peace obligations, and in most cases have openly violated their commitments. Now the Palestinian Authority is threatening to make its non-compliance official by abrogating the entire peace process.

Palestinian official Khana Amira told the London-based pan-Arab newspaper Al Quds Al-Arabi that the Palestinian Authority will respond to Washington’s announcement that its current peace efforts have failed by canceling all security cooperation with Israel.

Amira said Yasser Abed Rabbo, top advisor to Palestinian leader Mahmoud Abbas, was to convene the PLO and Fatah central committees - the parties that rule the Palestinian Authority - to discuss completely abrogating the Oslo Accords and all subsequent agreements signed with Israel.

The new plan would be to unilaterally declare statehood with the backing of the international community, since, as Abed Rabbo claimed a couple of months ago, Israel is not interested in reaching a bilateral peace deal. “One party can’t remain committed while the other party has violated the agreements and even canceled them,” said Abed Rabbo at the time.

It would appear the Palestinians already have most of the backing they need for such a move, as the UN and European Union on Thursday agreed with Abbas and Abed Rabbo that Israel was to blame for the recent breakdown of peace talks. 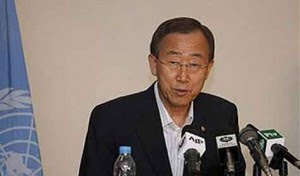 UN and EU officials blasted Israel for being unwilling to extend a Jewish building freeze in Judea and Samaria. The truth is that Israel was ready to do so, but the Palestinians tried to expand the freeze to include Jerusalem and to not be limited to 90 days, conditions they knew would be unacceptable to Israel, thereby giving the PA the excuse it needed to stop negotiating.

Contrary to the accusations of Abbas and his crew and the picture painted by the international community, Israel has fulfilled a number of major peace commitments over the years, including:

Meanwhile, the Palestinian Authority has refused to keep its commitments to: In fact, the Palestinian Authority has done quite the opposite. With that kind of track record, it would appear there is no longer any point trying to hide the obvious. Unfortunately, considering the international community’s track record for ignoring the obvious, this latest Palestinian stunt is likely to bode ill for Israel, and not the other way around.