A national defense analyst and Pentagon advisor says it's essential for South Korea or the U.S. to deliver a tough military response to any future hostile North Korean actions in order to convince the regime that there will be a painful price for continued unacceptable behavior.

Secretary of State Hillary Clinton will welcome the foreign ministers of Japan and South Korea to Washington this week to plot a joint strategy on dealing with North Korea. The three nations are grappling with how to approach the reclusive communist regime after its recent deadly artillery strike on a South Korean island, but they have balked at a Chinese proposal for emergency disarmament talks with North Korea. 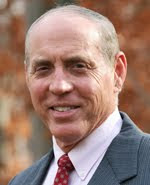 "I've been criticized in the past for saying you need to be very tough and use military might against the North Koreans so that they understand your seriousness," he admits. "High-level talks [are] basically foot-dragging; I see nothing short of a tit for a tat - every time they fire, we've got to fire back, and that's the unfortunate reality.

"This regime ought to be removed," Maginnis continues. "But to remove a regime and to put a peace force in there is probably out of the question because we don't have the resources, and the South Koreans don't, and the Chinese won't allow it."

Even so, the Pentagon advisor does not believe more talks at this point will bear any fruit.

U.S. steps up pressure on China to rein in North Korea - Washington Post