It was yet another jihad plot against targets in the United States: the bombs, sent from Yemen via UPS, were powerful enough to bring down a cargo airplane. They were addressed to a synagogue in Chicago. Yemeni authorities arrested a twenty-two-year-old female computer engineering student, Hanan al-Samawi, whose telephone number appeared on one of the UPS forms, and then released her without charge after other students protested her arrest. Further investigations centered on language schools in Yemen, but as of Sunday evening there were no further arrests. That’s essentially all we know so far, but the plot in itself reveals a great deal about the nature of the jihad we’re facing.

Rabbi Larry Edwards of Congregation Or Chadash was mystified as to how his synagogue ended up being targeted by Islamic jihadists in Yemen and, apparently, Egypt. Someone there recently visited Emanuel Congregation’s website 83 times in a single day. “We’re rather puzzled,” Edwards said, “at how a little congregation like ours would get on the radar as a target for somebody. I’m hoping for more information.” Noting the numerous and suspicious website visits from Egypt, Zedek said: “I think we’re interesting, but not that interesting.”

Ah, but they are that interesting to Islamic jihadists. It is important in this connection to recall that the primary target in the November 2008 jihad attacks in Mumbai, in which jihadists murdered 173 people, the primary target was not Mumbai’s Taj Mahal Palace & Tower hotel or the Cama Hospital, where some of the attacks occurred. Rather, it was Nariman House, a small Jewish center in Mumbai. Journalist Somendra Sharma of India’s DNA (Daily News & Analysis) reported in January 2009 that “the terrorists themselves were in no doubt that Nariman House was the prime focus.” Jihad terrorist Mohammed Amir Iman Ajmal (a.k.a. Kasab), noted Sharma, “reportedly told the police they wanted to send a message to Jews across the world by attacking the synagogue.”

The Mumbai jihad plotters spent most of their planning time making sure that the murders at Nariman House would go off without a hitch. “The Nariman House operation has to be a success,” said Ajmal. Sharma added that according to Ajmal’s statements, “as far as Nariman House was concerned, there should not be even a minimal glitch in finding it and capturing it.” Another jihadist involved in this attack explained that he had been warned by operatives of the Pakistani jihadist group Lashkar-e-Taiba (Army of the Righteous) “that Nariman House was their most secret operation and must not be compromised at any cost.” 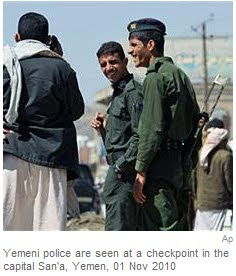 Apparently this is a new strategy. Islamic jihadists have decided to terrorize Jews in particular, in accord with the Qur’an’s denunciation of Jews as “strongest among men in enmity to the believers” (5:82). The Muslim holy book contains a great deal of material that forms the foundation for a hatred of Jews that has persisted throughout Islamic history. It is virulent and hard to eradicate. The Qur’an portrays the Jews as the craftiest, most persistent, and most implacable enemies of the Muslims — and there is no Islamic authority that has moved to mitigate the most destructive interpretations of all this. The Qur’anic material on the Jews remains the prism through which far too many Muslims see the Israeli-Palestinian conflict – and Jews in general – to this day.

A vivid illustration of this came in 2004 from Islam Online, a website founded by, among others, the internationally influential Sheikh Yusuf al-Qaradawi in 1997. Although al-Qaradawi has won praise from Islamic scholar John Esposito for engaging in a “reformist interpretation of Islam and its relationship to democracy, pluralism, and human rights,” that “reformist” impulse doesn’t seem to carry over to his view of Jews (he has justified suicide bombings against Israeli civilians), or the view of them he has allowed to be published on Islam Online.

In 2004 the site posted an article titled “Jews as Depicted in the Qur’an,” in which Sheikh ‘Atiyyah Saqr, the former head of the Fatwa Committee at the most respected institution in Sunni Islam, Al-Azhar University in Cairo, depicts Jews in a chillingly negative light, illustrated with abundant quotations from the Qur’an. Among other charges he levels at the Jews, Saqr says that they “used to fabricate things and falsely ascribe them to Allah”; they “love to listen to lies”; they disobey Allah and ignore his commands; they wish “evil for people” and try to “mislead them”; and they “feel pain to see others in happiness and are gleeful when others are afflicted with a calamity.” He adds that “it is easy for them to slay people and kill innocents,” for “they are merciless and heartless.” And each charge he follows with Qur’anic citations (including, among others, 3:75; 5:64; 3:181; 5:41; 5:13; 2:109; 3:120; 2:61; 2:74; 2:100; 59:13-14; 2:96; and 2:79).

With the Mumbai attacks, these attempted bombs in Chicago, and the attempted bombing of a synagogue in Riverdale, New York by Islamic jihadists last year, we are seeing what these beliefs mean in practice, and a new tack by jihadist groups: instead of (or perhaps in addition to) targeting economic, political, military and cultural landmarks (such as the World Trade Center and the Pentagon), they’re going after ordinary Jews going about their business in ordinary places. It is a renewed call for all free people to stand with Jews and Israel, and for law enforcement authorities to offer them all possible special protection.

The other lesson emerging from this latest attempted jihad attack is the uselessness of Yemeni authorities, like their counterparts in Pakistan, in combating the jihad threat. Hanan al-Samawi was released after her fellow students protested her arrest, not because there was some evidence found that exonerated her. In 2008, Yemeni political analyst Murad Abdul Wahed Zafir said:

“Yemen is like a bus station — we stop some terrorists, and we send others on to fight elsewhere … We appease our partners in the West, but we are not really helping.”

Is anyone in Washington listening?

Al-Qaeda must not be left to its own devices - Telegraph.co.uk