The Promised Land: An Unbroken Promise

God’s declaration in the Bible that the Promised Land belongs to the Jewish people is no longer valid - so says a council of Catholic bishops. The Vatican synod on the Middle East said that Jews cannot use the Bible to justify new settlements in Jerusalem or territorial claims. 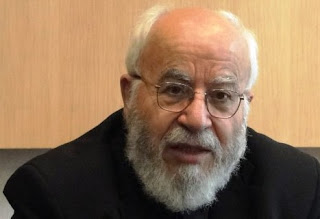 "For Christians, one can no longer talk of the land promised to the Jewish people… There is no longer a favored people, a chosen people; all men and women of every country have become the chosen people.”

He also said that the promise of the Creator was "abolished by the presence of Christ."

The synod's concluding message repeated a Vatican call for Jerusalem to have a special status "which respects its particular character" as a city sacred to the three great monotheistic religions - Judaism, Christianity, and Islam.

The Vatican is dead wrong on this issue. Those with even the most basic understanding of Scripture should know how boneheaded it is for any group to make such an outrageous statement. The Word of God is very clear that God has an everlasting covenant with Israel:

Yet in spite of this, when they are in the land of their enemies, I will not reject them, nor will I so abhor them as to destroy them, breaking My covenant with them; for I am the Lord their God. But I will remember for them the covenant with their ancestors, whom I brought out of the land of Egypt in the sight of the nations, that I might be their God. I am the Lord. (Leviticus 26:44-45)

"Also I will restore the captivity of My people Israel, and they will rebuild the ruined cities and live in them. They will also plant vineyards and drink their wine, and make gardens and eat their fruit. I will also plant them on their land, and they will not again be rooted out from their land which I have given them," says the Lord your God. (Amos 9:14-15)

Anyone trying to argue that the Jews have no exclusive right to the Promised Land has a huge problem with reality. God's chosen people are back in the land that was promised them. If God has had a change of heart regarding their status, one would think that He would have prevented them from regathering in Israel to avoid any confusion.

I don't understand how these Catholic bishops can have a knowledge of the miracle called modern-day Israel and not see God’s divine hand at work. It’s not like a group of Jews was searching the real estate want ads, happened to notice that the land of Judea was on the market, and decided to buy it. Israel was reborn as a result of unbelievable odds.

Most troubling here is the lack of outrage over the statement made by this Vatican synod. Apart from postings on a few prophecy sites, there was no negative reaction from fellow Christian groups. The Catholic Church has blood on its hands from centuries of anti-Semitism. It defies common sense for any Vatican organization to go down this path.

The people of the Koran almost have a monopoly on international terrorism. Just a few days ago, Arabs in Yemen tried to send bombs to two Jewish centers in the U.S.

The devil is working overtime to turn public support away from the Jews and towards the Muslim world. I defy anyone to come up with a logical explanation for this bizarre alignment taking place.

If world leaders had a basic understanding of prophecy, there would be no debate over Israel’s right to the Promised Land. Because we have lost sight of key Bible passages, our nation is doomed to side with the forces that will attack Israel and incur God’s wrath.

And in that day will I make Jerusalem a burdensome stone for all people: all that burden themselves with it shall be cut in pieces, though all the people of the earth be gathered together against it. (Zechariah 12:3)

What Part of 'Everlasting Possession' Does This Man Not Understand? - American Thinker