The White House is working with the Palestinians to enhance their diplomatic stature in the U.S. and in European countries as a step toward the possible unilateral recognition of a Palestinian state, a senior Palestinian Authority official told WND.

The official also said the White House is considering issuing a declaration in the coming weeks that will largely blame Israel for stalled talks to create a Palestinian state.

The statement, to be issued if talks don't quickly jumpstart, will declare Israel's Jewish communities in the West Bank and eastern sections of Jerusalem to be a main impediment to an Israeli-Palestinian deal.

Regarding unilateral recognition, the PA said the Obama administration favors a negotiated settlement but is ready to tacitly support steps toward the declaration of a Palestinian state outside of talks with Israel, including at the United Nations, if Prime Minister Benjamin Netanyahu does not quickly advance talks.

According to reports, Netanyahu has agreed in theory to a proposal by the Obama administration that Israel relinquish most of the West Bank and the entire strategic Jordan valley to the Palestinians. In the deal, Israel would lease parts of the Jordan Valley from the Palestinians for seven years, during which time talks would resume on Jerusalem and other issues.

According to the report, Netanyahu agreed to the idea but demanded that the lease be for a longer period of time than the original offer. 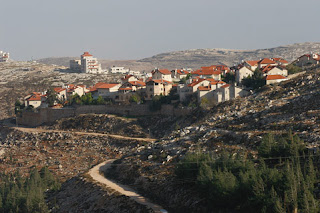 "Jerusalem isn't a settlement – Jerusalem is the capital of Israel," the statement by the prime minister's office read. "Israel has never put any sort of limits on construction in Jerusalem, where some 800,000 people reside, and didn't do so during the 10-month settlement freeze in the West Bank either."

"This kind of activity is never helpful when it comes to peace negotiations," said Obama, adding that he was concerned Israel and the Palestinians were not making enough of an effort to advance peace negotiations.

"Israel does not see any connection between the peace process and the building and planning policy in Jerusalem, which hasn't changed for 40 years," Netanyahu's statement said.

"Every Israeli government in the last 40 years has built in all parts of the city. During this period, peace agreements were signed with Egypt and Jordan and for 17 years, peace negotiations with the Palestinians were carried out. These are historical facts. Construction in Jerusalem has never disrupted the peace process."

Netanyahu to Obama: Jerusalem is not a settlement - Jerusalem Post