A cache of confidential American diplomatic cables published by the WikiLeaks group has not damaged Israel and, in fact, strengthened its position, Prime Minister Benjamin Netanyahu said today.

"Israel has not been damaged at all by the WikiLeaks publications," the prime minster told a group of editors in Tel Aviv. "The documents show many sources backing Israel's assessments, particularly of Iran."

In a secret cable sent back to Washington, the American ambassador to Israel, James B. Cunningham, reported that Israeli Defense Minister Ehud Barak had argued the world had 6 to 18 months "in which stopping Iran from acquiring nuclear weapons might still be viable."

After that, Barak was quoted as saying, "any military solution would result in unacceptable collateral damage." 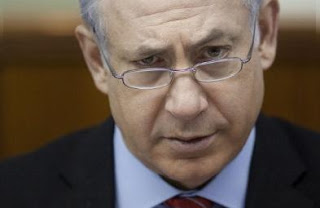 While Netanyahu did not respond to that cable directly, Middle East defense officials here told WND that Barak's assessment was based on the intelligence available in 2009 as well as the current state of Iran's nuclear program at that time.

Since 2009, Iran has faced a rash of setbacks, including a massive computer virus that is said to have greatly crippled the crucial computer networks in Tehran's nuclear facilities. Also, mysterious explosions near Iran's nuclear sites have been reported while senior Iranian nuclear scientists reportedly have gone missing.

The WikiLeaks documents, meanwhile, expose Arab fears of growing Iranian power, and that the leaders of Saudi Arabia in 2009 asked the U.S. to launch a military strike to prevent the Iranians from gaining a nuclear bomb.

WND reported in September 2009 Saudi Arabia is cooperating with Israel on the Iranian nuclear issue.

One Egyptian intelligence official said Saudi Arabia had been passing intelligence information to Israel related to Iran. He affirmed a report from the Arab media, strongly denied by the Israeli government, that Saudi Arabia has granted Israel overflight permission during any attack against Iran's nuclear facilities.

The Egyptian official previously told WND that Prince Saud Al-Faisal, the Saudi foreign minister, has been involved in an intense, behind-the-scenes lobbying effort urging the U.S. and other Western countries to do everything necessary to ensure Iran does not obtain nuclear weapons. Such weapons would threaten Saudi Arabia's position of influence in the Middle East.