Netanyahu Coming to U.S. Amidst New Threats to American Jews

Tomorrow, after I vote, I head to Ft. Worth and Houston to speak to two church events, and a conference of some 400 evangelical Christian pastors. At each event, I will discuss the future of U.S.-Israel relations after the mid-term elections, the future of Iran’s nuclear threat, and the latest threat to American Jews posed by radical jihadists from Yemen. I’ll also answer questions about The Twelfth Imam, and invite people to join us for The Joshua Fund tour to Israel and the 2011 Epicenter Conference in Jerusalem next May. Please join us for these events if you can. Lord willing, I’ll post updates on these issues on the weblog throughout the week. 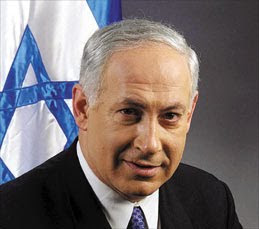 Israeli Prime Minister Benjamin Netanyahu is coming to the U.S. from November 7th to the 9th. His mission is two-fold — to meet with American Jewish leaders, and to meet with Vice President Joe Biden. In part, Netanyahu will be assessing the U.S. political climate in the wake of the electoral tsunami expected to hit Congressional Democrats on Tuesday. Important questions are yet to be answered. Will Congress be more staunchly and consistently pro-Israel? Will President Obama and his administration cease being so unfriendly towards the Jewish State? Will both ends of Pennsylvania Avenue take more decisive action to stop Iran from acquiring nuclear weapons as they seek to hasten the coming of the Twelfth Imam? Or will it be business as usual with regards to Middle East policy?

At the same time, the Prime Minister will be assessing the threat of radical Islam to the Jewish community here. “The assembly takes place this time with the background of reports of an attempted attack on the Jewish community of Chicago,” Netanyahu said Sunday. “It really doesn’t matter if the target is a synagogue in Chicago, a railway station in Madrid or London, or Mumbai or Bali. We are stand facing a growing wave of Islamic extremist terror.” Please pray for the PM and his advisors as they arrive — for their safety, for wisdom and discernment, for the Lord to bless them and make them “sons of Issachar, men who understood the times and knew what Israel should do.” (I Chron. 12:32)

Meanwhile, please pray for Christians throughout Iraq — for courage, for safety, for boldness in teaching the Word of God and preaching the gospel. Pray especially for believers in Baghdad. Over the weekend, radical Islamic terrorists took 120 people hostage in a church in the Iraqi capital. Security forces eventually moved in to liberate the hostages. In the fire fight that ensued, 52 people were killed (including 10 policemen) and 67 were injured, many of whom were women. Please pray for the survivors, for the families, and for the gospel to be spread throughout Iraq despite this horrible act of evil.

Netanyahu to fly to US for talks on peace - AFP